The Killswitch : They can remotely modify your Window 8

Feb 29, 2012Mohit Kumar
The Killswitch : They can remotely modify your Window 8 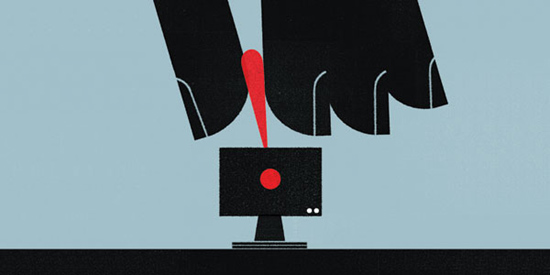 Last year,a Finnish software developer, was cruising Google's Android Market for smartphone apps last year when he noticed something strange. Dozens of best-selling applications suddenly listed the same wrong publisher. Google uses a little known kill switch, to forcibly removing the malicious code from more than 250,000 infected Android smartphones. It's a powerful way to stop threats that spread quickly, but it's also a privacy and security land mine.
With the rollout of the Windows 8 operating system expected later this year, millions of desktop and laptop PCs will get kill switches for the first time. Microsoft has confirmed that they have remote kill switch installed in to Windows 8 apps. using this access, they can disable and even remove an app entirely from a user's device. This piece of information was released along with other details of the upcoming Windows Store for Windows 8.

Anyone worried about Microsoft having complete access to your computer can rest easy for now. The company has stated that they can only "kill" programs downloaded from its new Microsoft App Store. This is what the company has to say about it in official terms: -"In cases where your security is at risk, or where we're required to do so for legal reasons, you may not be able to run apps or access content that you previously acquired or purchased a license for,".
Any software loaded from a flash drive, DVD, or directly from the Web will remain outside Microsoft's control. Still, the kill switch is a tool that could help Microsoft prevent mass malware infections. "For most users, the ability to remotely remove apps is a good thing," says Charlie Miller, a researcher with the security company Accuvant.
Hiroshi Lockheimer, Google's vice president of Android engineering, says the search company reserves the use of the kill switch for "really egregious, really obvious cases" of harmful content. Microsoft's Biggs says the company has used the functionality in its smartphones only for "technical issues and content issues." Apple declined to comment. Amazon did not respond to several messages.
Nonetheless, a "kill switch" for curators of online applications marketplace is common as companies try to protect users of the platforms they develop from malware or hacking attempts implemented through applications.Microsoft's upcoming Windows 8 operating system is expected to be launched by the middle of next year.