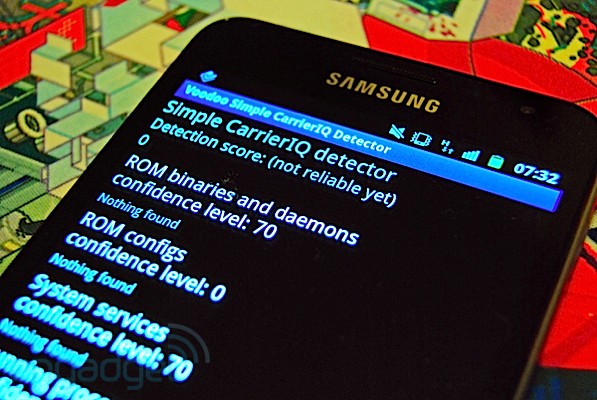 An Android developer recently discovered a clandestine application called Carrier IQ built into most smartphones that doesn't just track your location; it secretly records your keystrokes, and there's nothing you can do about it. A new Android app to identify whether your smartphone has any Carrier IQ tracking/monitoring software installed on it has been released, the Voodoo Carrier IQ detector, giving users a simple way to put their minds to rest on privacy. The handiwork of Android app developer supercurio, the tool is only a few hours old and only partially finished, with the consequent warning that the results can't be entirely relied on yet. 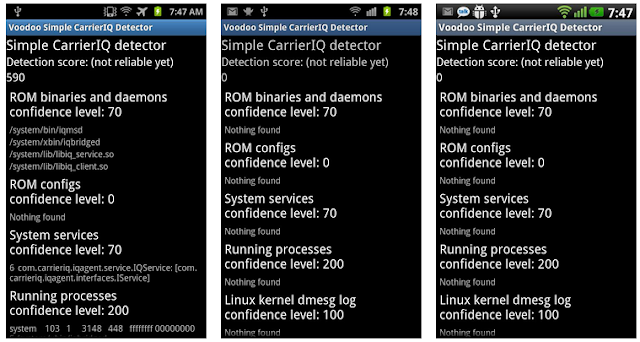 supercurio has offered up the source code under an open-source license for those who want to help refine the tool, so we're guessing the rough edges and reliability will be polished off in short order.
Download Application
Download Source Code