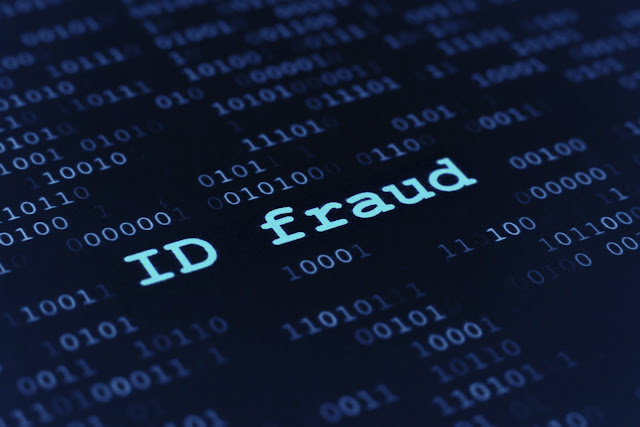 The Hacker News & 5 Other Top IT Security Sites are Sponsoring a Special Edition January 2012 Magazine under a Cyber Security Awareness Campaign called "ENTER AT YOUR OWN RISK". Our goal is to provide the most up-to-date information on a wide variety of topics that address the tricky and complicated world of hackers and hacking. Lets know about "Call spoofing" and How much easy it is for kids to do Call spoofing.
First of all the term 'cyber crime' is a misnomer. The concept of cyber crime is not radically different from the concept of conventional crime. Both include conduct whether act or omission, which cause breach of rules of law and counterbalanced by the sanction of the state. Any criminal activity that uses a computer either as an instrumentality, target or a means for perpetuating further crimes comes within the ambit of cyber crime.
The computer may be used as a tool in the following kinds of activity- financial crimes, sale of illegal articles, pornography, online gambling, intellectual property crime, e-mail spoofing, forgery, cyber defamation, cyber stalking. The computer may however be target for unlawful acts in the following cases- unauthorized access to computer/ computer system/ computer networks, theft of information contained in the electronic form, e-mail bombing, data didling, salami attacks, logic bombs, Trojan attacks, internet time thefts, web jacking, theft of computer system, physically damaging the computer system.
Call spoofing or Caller ID Forging the practice of causing the telephone network to display a number on the recipient's caller ID displaywhich is not that of the actual originating station; the term is commonly used to describe situations in which themotivation is considered nefarious by the speaker. Just as e-mail spoofing can make it appear that a message came fromany e-mail address the sender chooses, caller ID forging can make a call appear to have come from any phone number thecaller wishes. Because people are prone to assume a call is coming from the number (and hence, the associated person,or persons), this can call the service's value into question.

Children are a lot smarter than we always give them credit for. This is especially true when it comes to technological issues. Few could argue that they know more about the Internet, computers or cell phones, than their children do. Changing times have called for an increased awareness in how your kids' extensive knowledge of the Internet may not be a good thing. In this article you will come to know that , How much easy it is to do a prank spoofed call Free of Cost.
Caller ID spoofing has been available for years to people with a specialized digital connection to the telephone company, called an ISDN PRI circuit. Collection agencies, law-enforcement officials, and private investigators have used the practice, with varying degrees of legality.The first mainstream Caller ID spoofing service, Star38.com, was launched in September 2004. Star38.com was the first service to allow spoofed calls to be placed from a web interface. It stopped offering service in 2005, as a handful of similar sites were launched.In August 2006, Paris Hilton was accused of using caller ID spoofing to break into a voicemail system that used caller ID for authentication. Caller ID spoofing also has been used in purchase scams on web sites such as Craigslist and eBay.
On Internet you will get various Free and Paid Call Spoofing Services, One of them we have tested and going to Demonstrate here. A website called "Crazycall.net" is giving to service to do Free Spoofed Calls in any Country Free of Cost and Yes it is as much easy as to prepare sandwich :P 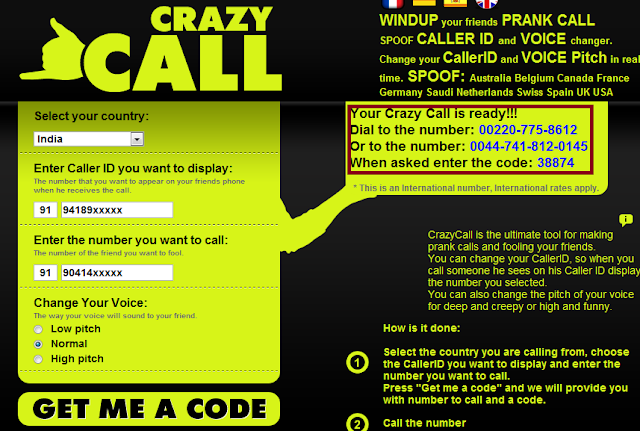 Steps to Do Spoofed Call :
1.) Open Crazycall.net and Select Country where you want to call.
2.) Enter Number A = The Fake number you want to Display to Victim
3.) Enter Number B = Victim's Number
4.) Now Click "Get me a Code" . Done !
5.) On right side of page you will get A mobile number + Five Digit Unique Code.
6.) Now do a call from another number (say Number C) on Given number in Step 5.
7.) It will ask you to Enter the Code, that you get in Step 5.
8.) Done ! The Victim with Number B will Get a Call from Fake number A, Even you are using Number C for calling.
This way anyone can easily perform a Spoofed call attack ! It would be a fair assessment to say that child related Internet crime levels have increased in the past two decades. The Indian government has asked Internet companies and social media sites like Facebook to prescreen user content from India and to remove disparaging, inflammatory or defamatory content before it goes online, three executives in the information technology industry say. But Google says won't remove material just because it's controversial.
Also Every other tweet today has been about SOPA and American Censorship Day. SOPA stands for the Stop Online Piracy Act. It is one of two bills being considered by congress today. The other is the Protect-IP Act. The Electronic Frontier Foundation describes SOPA as the "blacklist bill" because it would "allow the U.S. government and private corporations to create a blacklist of censored websites, and cut many more off from their ad networks and payment providers."That means the Attorney General would have the power to cut off select websites from search engines like Google. It could also cut off advertisers and payment processors like Visa from the sites. The Attorney General could essentially kill all of a site's traffic and revenue in a matter of days.SOPA only allows targeted sites five days to submit an appeal. That doesn't leave much time for them to defend themselves before losing their site and their revenue altogether.
With the ever-present risk of becoming a victim of cybercrime, surfing the internet can be a terrifying experience. Identity theft is increasingly on the rise, with cybercrime being the leading cause. As issues around cybercrime are expected to continually rise in the coming year.