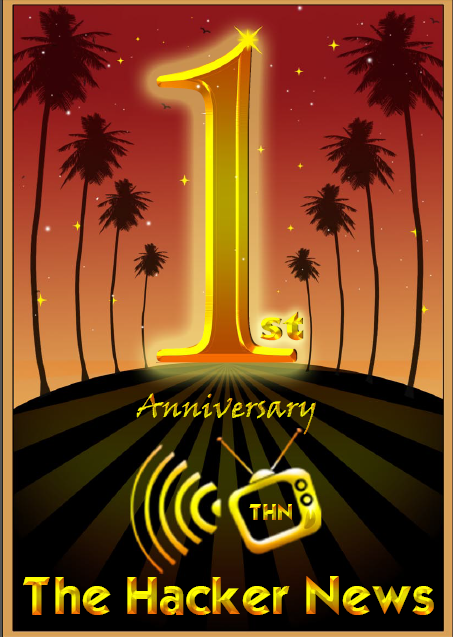 In November of 2010 the team at The Hacker News finally achieved our ultimate goal of launching an online News Portal and Magazine addressing the tricky and complicated world of hackers and hacking. In our first year The Hacker News made our fair shares of mistakes, typical of first-time publishers, but our successes have been innumerable and The Hacker News has reached many of it goals in this often hectic and exciting first year. The Hacker News was fortunate enough to have assembled a dedicated and professional team that intrinsically understood that it is not enough to hope to succeed; you have to plan to succeed. And I am grateful to each and every one of these talent people that understood this concept and helped implement it daily to help insure our success.
As the mainstream media often denigrates computer hackers as nothing more than digital pranksters, we at The Hacker News believe that many of these collective hacker groups have the power to change the world for good. In its first year The Hacker News wanted to have a front row seat so we could bring to you, our readers, the world of hackers and web revolutionaries and to be able to give our readers a much clearer idea who these individuals are, and to dig more deeply into this growing subculture.
As we enter our second year The Hacker News team would like to "Thank You" our readers, for your continued loyalty and positive impute. Because of you, our team remains excited an energized to continue bring our readers the most up to date information on hacking and hackers. We at The Hacker News understands the importance of reporting on hacking groups that focus on the ethically wrongs in society such as unregulated corporate power, secretive government, and invasion of privacy. We agree ~ "The Revolution will not be Firewalled"

"Truth is the Most Powerful Weapon Against Injustice"