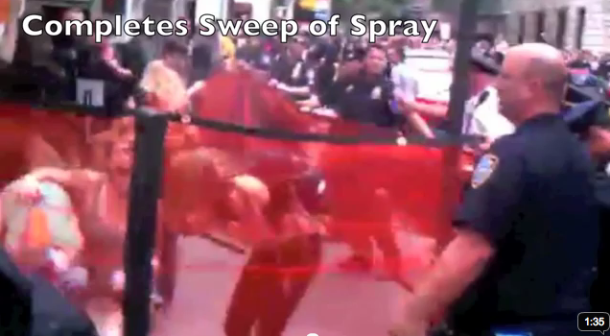 The Anonymous activist collective today released personal information about a New York police officer who is believed to have sprayed pepper spray on women protesters on Wall Street. The group released phone number, addresses, names of relative and other personal data for a New York police officer, as well as photos that appear to show him at the protest and a closeup of his badge. The Occupy Wall Street organizers also called for the resignation of Police Commissioner Raymond Kelly and released additional video from the incident on the protest Web site.


In a statement, Anonymous said:
"As we watched your officers kettle innocent women, we observed you barberically (sic) pepper spray wildly into the group of kettled women. We were shocked and disgusted by your behavior. You know who the innocent women were, now they will have the chance to know who you are. Before you commit atrocities against innocent people, think twice. WE ARE WATCHING!!! Expect Us!"