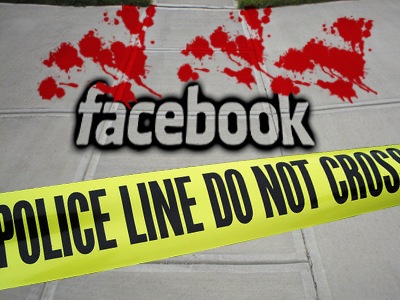 I have so many friends on facebook and everyone of them always asks me why Facebook sucks ? So finally I am showing that facebook is completely against your Security & Privacy and there are more other secure ways to connect with world, like Twitter, Orkut. Here we have One more Facebook vulnerable link , as shown below. It looks funny, but YES ! Facebook is the most vulnerable site on internet that is used by thousands of millions users daily. 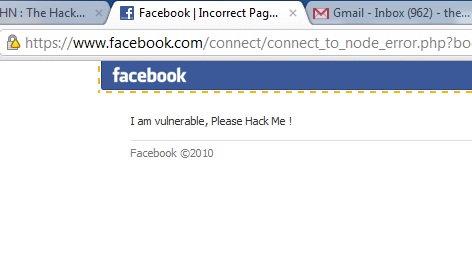 Where is the Risk :
One risk is that a significant number of people actually do stop using Facebook completely, possibly out of fear of how their data might be used, but also because they are fatigued by the constant changes. This hasn't happened yet, despite many critics predicting that it would over the years. But there could still be a tipping point, where the build-up of issues finally convinces people to leave a msg.

The other risk is that agencies from national governments, particularly the United States' Federal Trade Commission, impose stiff new regulations on what product changes that Facebook can make going forward, thereby limiting its ability to improve its products.

At last :
Facebook Prepares to Launch Bug Bounty Program - Get Details from here.