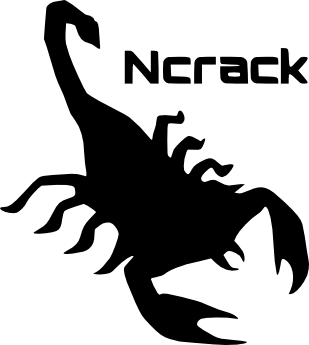 Ncrack is a high-speed network authentication cracking tool. It was built to help companies secure their networks by proactively testing all their hosts and networking devices for poor passwords. Security professionals also rely on Ncrack when auditing their clients. Ncrack was designed using a modular approach, a command-line syntax similar to Nmap and a dynamic engine that can adapt its behaviour based on network feedback. It allows for rapid, yet reliable large-scale auditing of multiple hosts.
Ncrack's features include a very flexible interface granting the user full control of network operations, allowing for very sophisticated bruteforcing attacks, timing templates for ease of use, runtime interaction similar to Nmap's and many more.

This is the change log for the current release:
Added the VNC module to Ncrack's arsenal. Thanks to rhh of rycon.hu for implementing the module and discussing about it for further improvement.

Wrote the Ncrack Developer's Guide, which is meant to give an overall insight into Ncrack's architecture and help programmers develop their own modules (https://nmap.org/ncrack/devguide.html)
Fixed critical bug in RDP module, which caused Ncrack to fail cracking some Windows 2003 server versions.

Added a mechanism (MODULE_ERR), which modules can use to report to the Ncrack engine that the authentication wasn't completed due to an application error. For instance, the VNC server often notifies the client that there are "too many authentication failures" and Ncrack can then close the running connections and wait some time until the above wears off.

Ncrack can now print the nsock EID (unique connection ID) in debugging messages. This will greatly help us track problems, since error messages will be matched to certain connections.
So now you can crack VNC passwords in addition to cracking RDP's with Ncrack!