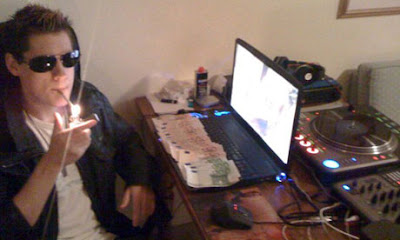 Three teenagers who founded and operated one of the world's largest English-language internet crime forums, described in court as "Crimebook", have been sentenced to up to five years in custody.
Police estimate that losses from the thousands of credit details traded over the site, Gh0stMarket.net, amount to £16.2m. The web forum, which had 8,000 members worldwide, has been linked to hundreds of thousands of pounds of registered losses on 65,000 bank accounts.
Nicholas Webber, the site's owner and founder, was arrested in October 2009 with the site's administrator, Ryan Thomas, after trying to pay a £1,000 hotel bill using stolen card details. They were then 18 and 17. Webber was jailed for five years on Wednesday and Thomas for four years.
After seizing Webber's laptop, police discovered details of 100,000 stolen credit cards and a trail back to the Gh0stMarket website. Webber and Thomas jumped bail that December, fleeing to Majorca, but were rearrested when they flew back to Gatwick airport on 31 January 2010.
Southwark crown court was told how public-school-educated Webber, the son of a former Guernsey politician, was using an offshore bank account in Costa Rica to process funds from the frauds. After his initial arrest, Webber threatened on a forum to blow up the head of the police e-crimes unit in retaliation, and used his hacking skills to trace officers' addresses.
Webber, whose school reports described him as lacking social skills, recruited Thomas, his "right-hand man", after they discussed music downloads online and a vacancy came up for a moderator for his criminal website. Thomas, of Beaconsfield, Buckinghamshire, helped delete spam and facilitated communication between criminals on the site's forums. A senior UK police officer described Gh0stMarket as a "supermarket" for criminals.
In court, Tyrone Smith, defending, said the site was a "Crimebook" where people could learn and socialise. To users, Gh0stMarket appeared as lines of computer code and broken English. On the site hackers and fraudsters traded anonymously in compromised databases containing thousands of personal details including account numbers, pins and passwords.
The site contained manuals such as "14 ways of hacking credit cards" and "running cards on eBay" and information on staying anonymous. It sold hacking software and instructions on how to manufacture crystal meth and explosives.
Gary Kelly, now 21, was also sentenced at Southwark crown court to five years. He helped design software that broke into thousands of computers and stole valuable personal details. In an operation codenamed Pagode, police raided Kelly's house in Swinton, Manchester, in November 2009. Police described the father-of-two's council house as "squalid", and covered in soiled clothing and dirty nappies.
Kelly ran his own web platform which hosted the Gh0stMarket website. After his arrest he gave police information including login codes. In mitigation, Louise Kitchin, for Kelly, said the £43,000 he made from the site was used to pay day-to-day living expenses such as bills and council tax.
The court was told Kelly was elevated to a moderator only two days before his arrest and had taught himself how to use computers after leaving home at 15. His own computer had been self-assembled and had various keys missing. Kitchin said he had a "fascination with the mechanics of computers" and had learned how to design and rewrite software known as ZeusBots which could remotely control computers and steal personal information.
Another Gh0stMarket member, Shakira Ricardo, 21, of Swansea, received an 18-month sentence after admitting conspiracy to commit fraud and acquiring criminal property. She was described in court as a junior but trusted member of the website with an "appetite to learn" the ropes of computer hacking. Her ability to control fraudulent activities from her iPhone was described as "cutting-edge".
Ricardo and Samantha Worley, 22, a hairdresser, used two Halifax bank accounts to launder money from the website. Worley admitted one charge of acquiring criminal property and was sentenced to 200 hours' unpaid work at a previous hearing.
Hugh Davies, prosecuting, said: "There are professional hallmarks, a high level of profit, multiple victims, and the offending is over a significant period of time. The administrator and the person in full control was Mr Webber, who is an extremely experienced computer hacker. Mr Thomas was a mediator, responsible for the day-to-day running of the internet forum, and had the power to deal with the progress of the discussions.
"The Gh0stMarket forum had approximately 8,000 members worldwide. It existed simply to facilitate the criminal trade in compromised credit cards, access to online bank accounts and distribution of malicious software and computer hacking tricks."
Webber, of Southsea, Hampshire, and Thomas admitted conspiracy to commit fraud and assisting offenders.
Kelly admitted those charges, plus conspiracy to cause unauthorised modification to computers.
• This article was corrected on 3 March 2011. The quotes now attributed to Hugh Davies were previously attributed incorrectly to Matthew McCabe, another prosecutor.