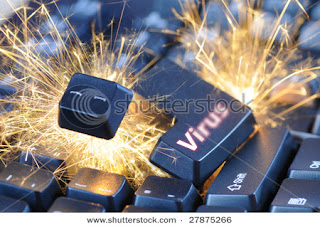 Mobile malware is growing, and Adobe is the main vector of attack, according to new figures from security firm McAfee, which were published on Tuesday.

Cybercriminals are adopting strategies to benefit from a more mobile device users in the report, McAfee Threat Report: Fourth Quarter 2010 applications. The number of pieces of new mobile malware in 2010 increased 46 percent compared to 2009. The report also revealed that 20 million new pieces of malware in 2010 - almost 55,000 new threats every day.

"Our Q4 Threat Report shows that cyber criminals are watching what is popular and what will have the greatest impact from the least effort," said Vincent Weafer, senior vice president of McAfee Labs.

As more consumers use mobile devices and tablets in their daily lives and work, cybercriminals have quoted, say the researchers. Accordingly, botnet attacks targeting mobile devices are expected to increase. In the fourth quarter include some of the most active threat bots known as Zeus Murofet, and Conficker Koobface. The number of potentially dangerous areas has also increased at a rapid pace, the report said.

"The botnet creators of Zeus repurposed an old version of a spyware package business," says the report. "Android / Geinimi, a Trojan horse introduced into legitimate mobile applications and games for the Android platform, has been the a major threat in the quarter. "

The research identified phishing URL in the form of the IRS, gift cards, rewards and financial accounts of social networking as some of the disadvantages of the most popular. vulnerabilities in Adobe products have been the method of high performance, with weakness in both Flash and PDF, in particular, technologies are often exploited, according to McAfee.

Search Results poisoning remains a problem. The researchers found that among the 100 first results of the search terms most newspapers, 51 percent have led to malicious sites, and on average each of these poisoned pages of results contained more than five malicious links. The results are in line with Q4 threatens global report released Tuesday by Cisco. Cisco Internet malware increases by 139 percent in 2010 over the previous year. The type of malware in web meetings culminated in October 2010, 250 meetings a month for business.

"Companies in the pharmaceutical and chemical and energy sectors and oil followed the majority of the risk of malware on the Web in 2010," said Mary Landesman, business information manager for Cisco. "Another high risk vertical throughout the year include agriculture, mining and education."