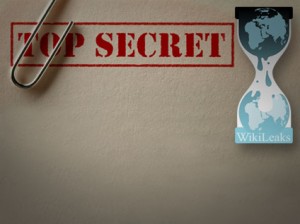 The exploits of Anonymous to hack the systems of firms providing spying services to governments and corporations suggest that the WikiLeaks mini-era has been surpassed.
Much of WikiLeaks promise to protect sources is useless if the sources are not whistleblowers needing a forum for publication. Instead publishers of secret information grab it directly for posting to Torrent for anybody to access without mediation and mark-up by self-esteemed peddlers of protection, interpretationa and authentication, including media cum scholars.
Ars Technica descriptions of the how the Anonymous hack are the best technical reading of Internet derring-do yet and far exceeds the much simpler rhetorical version of WikiLeaks security carefully bruited as if invulnerable but is not according to Daniel Domscheit-Berg's revelations.
AnonLeaks.ru is a remarkable advance of WikiLeaks. And promises much more by the same means and methods most associated with official spies -- NSA and CIA have long run the Special Collections Service to do exactly that kind of criminal aggression, along with black bag burglaries, surveillance and bugging. Contractors hiring ex-spies do much of this highly classified work as well and invent and supply the gadgets and front organizations required.
Not least of importance of the Anonymous hack and the many preceding it is the revelation of how commercial firms have been exploiting public ignorance of their spying capacity. That they are themselves vulnerable is a surprise to them, as it must be to those who hire them and, in the case of governments, provide legal cover for criminal actions.
This is not news, to be sure, for it has been alleged and reported on for decades but mostly in technical journals and conferences where offerers strut their malwares to buyers of perfidium.
Imagine that instead of the many iterations of Wikileaks now appearing to receive and publish documents, that more of the Anonymous-type hacks simply steal and torrent the family jewels of the spies, officials, lobbyists and corporations believing they own the territory in order to show the extent of their secret predations on the public.
The digitization of vast archives of government, commercial and non-governmental organizations to facilitate their hegemony provides a bounty to be hacked repeatedly despite attempts to prevent it by vainly inept cybersecurity agencies and firms.
The cyber-racket cartel will yell, hit the Internet Switch. Too late, too late. Anonymous controls the switch. Sure, Anonymous can be compromised with sufficient hostile and friendly inducements, but so can the predators, perhaps moreso the latter now revealed to be vulnerable.
Venerable Anonymous and the promise it offers surpasses the Nymous authoritatives of secrecy frantically attempting to ban its greatest threat.
For honoring the WL era bestow on Julian Assange, the WL Four and Bradley Manning Medals of Freedom and spy-grade lifetime pensions for initiating the rise of Unnameables worldwide.
Coda: Cryptome and reportedly John Young's private network were hacked in October 2010. Thugs Corey "Xyrix" Barnhill, Michael "Virus" Nieves, Justin "Null" Perras are still bragging about it on hacker forums. So prepare for exposure no matter illusory protection by law and technology.