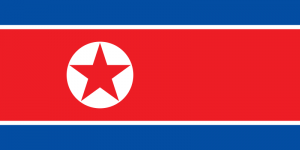 This may come across as something unusual, particularly to those of you who already know that the people of North Korea have no internet, computers and pretty much anything else which can give them access to the rest of the world, meaning that the hack was likely done by an outsider (or a North Korean thin ice walker), and their hack probably won't be noticed by the North Korean public at all. Why North Korea would have YouTube and Twitter accounts still bewilders me.
The hack, which happened on January 8th – Kim Jong-un's birthday of all dates – saw the North Korea Twitter account posting tweets which called for an uprising to overthrow Kim Jong-il and Kim Jong-un, obviously let everyone who checks out that Twitter know something was up.
Shortly afterwards, the hackers moved on to the country's YouTube page where they posted a video (which can be found in the link below), which was posted up on the 'dear leaders' YouTube page. The video consists of a crudely animated Kim Jong-un driving around in a sports car running down cropped-out pictures of suffering women and children while talking to Kim Jong-il on the phone.
Unsurprisingly, the tweets and video were quickly removed (the video probably had some DRM protected music in it) but you can still find people who have obviously seen this coming who have uploaded the video for the whole world to see in case they missed it.