Hackers will not be deterred by UK cyber defences !

Jan 18, 2011Mohit Kumar
Military "cyber weaponry" will become commonplace this century, but it will be unlikely to deter attacks by "hacktivists" and criminal gangs, and could easily be used for state-sponsored cyber attacks instead, the Organisation for Economic Co-operation and Development warns. 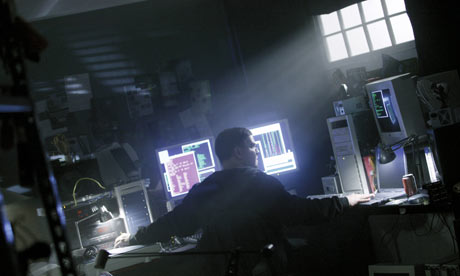 The British authors of the study, which is released today, also caution that "lurid language" and lobbying by technology firms distort the government's plans to protect Britain against cyber attacks.

Professor Peter Sommer of the LSE and Dr Ian Brown of Oxford University's internet institute were commissioned by the OECD for one of a series of investigations into potential "future global shocks".

Their report comes at a time of heightened awareness of online attacks following hacking protests against companies caught up in the WikiLeaks controversy.

In response to other hacking attacks from groups inside China and Russia, military preparations have begun to gather pace, the study says. But it also warns: "It is not too difficult for nation states to set up covert cyber attack units. Any agency that researches, for defensive purposes, the nature of cyber attacks has all the knowledge needed to originate attacks, and disguise the fact they are doing so.

Brown says state-supported cyberwar is likely to become more common because "cyber weaponry will play a key role alongside more conventional and psychological attacks by nation states in future warfare". However, the report warns: "A largely military [response] to cyber security is a mistake. Most targets in the critical national infrastructure of communications, energy, finance, food, government, health, transport, and water are in the private sector. Because it is often difficult to be certain who is attacking you from cyberspace, defence by deterrence does not work."

The authors suggests that "lean, just-in-time delivery systems" that supply supermarkets and manufacturers expose them to severe disruption if major computer networks go down.

"More effective is increasing the resilience and robustness of critical systems, and societies in general … Adding redundancy to systems allows some service to be continued while damaged components are isolated, repaired and replaced. Public panic buying can quickly magnify these disruptions. During the 2000 fuel protests in the UK, some food stores introduced rationing."Nato has set up a centre of excellence in cyber defence in Estonia, and last year the US appointed its first cyber warfare general.

Ocsia has about 20 people working for it, bringing together experts from the military, police and intelligence services. It is the lead agency co-ordinating the £650m cyber security programme announced by the coalition government last October.

Sommer added: "We don't help ourselves using 'cyberwar' to describe espionage or hacktivist blockading or defacing of websites, as recently seen in reaction to WikiLeaks. Nor is it helpful to group trivially avoidable incidents like viruses and frauds with determined attempts to disrupt national infrastructure."

Cyber warfare strategies and weapons include: unauthorised access to systems [hacking], viruses and worms that spread across the internet, trojans, distributed denial of service attacks using botnets, root-kits, and the use of social engineering.