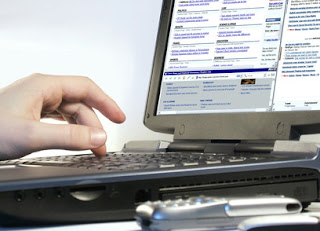 The Korea Times reports four members of a crime gang based in Incheon, South Korea hired a hacker, identified only as Park, to launch DDoS attacks that would effectively prevent a rival gaming site from operating due to an overload of traffic.

Police also arrested Lee, (who was identified only by the single moniker), the head of a computer server rental company for participating in the attacks.

Park and Lee, who managed the Incheon-based gang's illegal gaming site, took down 109 rival websites between Nov. 21 and Dec. 15, 2010 by infecting them with malware for one to two hours a day, the report read.

To further eliminate the competition, gang member Yoem put a 50,000-strong botnet of Chinese computers at Park and Lee's disposal. Often called "zombie" computers, botnets are a network of systems which are programmed to autonomously distribute malicious software.

Although this particular cybercrime occurred in Korea, the nature of how it was carried out has widespread implications for all computer users.

Mass DDoS attacks have been in the spotlight in recent months, especially those organized by groups like "Anonymous," a network of "hacktivists" who have launched attacks against PayPal, Amazon and MasterCard when those companies cooperated with government orders to suppress WikiLeaks.

In a Dec. 9 blog, the security firm Sophos' explains that several countries -- including the United States, the United Kingdom and Sweden -- all have anti-DDoS laws on the books. In November 2010, an Ohio man was sentenced to 30 months behind bars for launching DDoS attacks against the websites of Bill O'Reilly, Ann Coulter and Rudy Giuliani, Sophos said.

"If you're flirting with joining the ranks of the cybervandal group Anonymous when it urges people to join in DDoS attacks, typically in an effort to deny free speech in an effort to protest the denial of free speech, don't assume that you won't get caught," wrote Paul Ducklin, Sophos' Asia Pacific head of technology, on the company's blog.