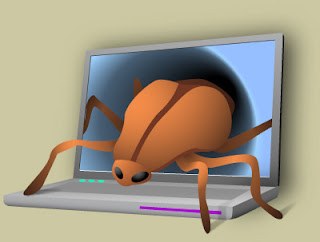 Last year saw a record-setting number of new threats appear online. In particular, criminals managed to create one-third of all viruses ever seen, 34% of all malware in existence, and 40% of all known fake AV.
Those findings come from a study released Wednesday by PandaLabs, the malware research arm of antivirus vendor Panda Security. The firm said it had analyzed 99.4% of the 134 million unique files its systems automatically collected in 2010. Of those files, 60 million were malware -- viruses, worms, Trojans, and other threats.
The report also found that the volume of new malware created -- about 20 million new strains -- remained roughly constant from 2009 to 2010, while the number of new threats overall increased. Between the beginning and end of 2010, according to PandaLabs, "the average number of new threats created every day has risen from 55,000 to 63,000."
While names such as Zeus and Bredolab continue to make headlines -- since they're behind many attacks -- most unique instances of malware appear to be nearly disposable. Indeed, whereas many attacks used to circulate for months before disappearing, Panda found that 52% of new malware in 2010 existed for only 24 hours. According to PandaLabs, "as antiviruses become able to detect new malware, hackers modify them or create new ones so as to evade detection."
Unsurprisingly, given the financial incentive behind many attacks, the most prevalent type of malware in 2010 was the banking Trojan, which comprised 56% of all new malware, followed by those perennial favorites viruses (22%), worms (10%), and adware (10%). Interestingly, spyware declined from comprising 6% of all malware in 2009 to just 0.34% in 2010. Meanwhile, roughly 1% of threats in 2010 collectively comprised dialers, hacking tools, PUPs (potentially unwanted program), security risks, jokes, or tracking cookies.
Interestingly, Panda found that 53% of all computer users experienced a malware infection in 2010, even when using up-to-date antivirus scanners and signatures.