A group of hackers attacked and took offline several sites belonging to credit-card sharing groups, security experts and other hacking communities who made mistakes in basic security. 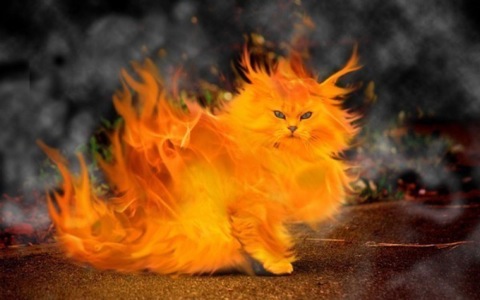 Administrators of six Websites woke up Christmas morning to discover their sites had been hacked, according to an online newsletter published by the hackers themselves on Dec. 25.
In the second issue of "Owned and Exposed," the attackers listed carders.cc, ettercap, exploit-db, backtrack, inj3ct0r, and free-hack. While free-hack was taken down for being "lame script kiddies," the other sites had criminal ties or were security experts who "fail so hard at security that we wonder why people really take their training courses," according to the e-zine.
Mati Aharoni, the administrator of exploit-db, a security-oriented site that catalogs known exploits and vulnerabilities, admitted to being compromised in a blog post, but said that it was limited. "Other than our egos, the damage is not severe," Aharoni wrote. The hackers had posted a copy of the Owned and Exposed newsletter on the exploit-db's "papers" section.
After compromising exploit-db, the hackers looked at backtrack-linux.org, as both sites share a subnet and administrator. It turned out the same root account and password was used for all Web scripts, WordPress installations and MySQL database on backtrack. "No wonder why it was super easy to get a shell," the group wrote. Exploit-db and backtrack-linux was not taken offline.
As for criminals, the vigilante group went after carders.cc, a German online forum dedicated to helping criminals trade and sell stolen financial data. The group shut down the site as part of its inaugural issue in May, writing, "Carders is a marketplace full of everything that is illegal and bad," including drugs, weapons and stolen credit card numbers.
After the first attack, the site was offline "for a few days, but came back as if nothing had happened," with new administrators, new software and a number of functions disabled, according to the e-zine. The newsletter didn't detail exactly how the hackers got access to the system, but noted that it's "hard to harden a system when everything is backdoored."
Once they had access to the box, the group was able to list all the files on the server, view PHP scripts and access the configuration files for the MySQL database and WordPress blog. One of the scripts appears to perform a denial-of-service attack when executed. After accessing the database and WordPress blogging platform, the attackers deleted everything from the servers.
Despite claims of taking down (or rm-ed in hacker-speak) the criminal forum, it appears that Carders is back up, three days later.
Another compromised site, inj3ct0r, claimed to have hacked Facebook servers in November. Their boasting "was driving us insane" and their moaning about resulting legal problems "was just too ridiculous for us to let them continue existing," reads the newsletter.
It appears inj3ct0r were sharing stolen credit card numbers on file trading site RapidShare and the private messages show they were hacking exploit-db and other sites. According to the newsletter, the inj3ct0r servers were missing some critical updates with some software in a half-updated state.
Another target, Ettercap, was the SourceForge page hosting the message boards and files for a "white hat" penetration testing tool. While useful for performing man-in-the-middle attacks, the tool has been unmaintained for five years, and the group found evidence the site had already been compromised by someone else. The group warned against downloading anything from the compromised site.
There is a very important lesson for system administrators and security teams in these hacks, according to Chester Wisniewski, a senior security advisor at Sophos. "Nearly all" the victims had "lapsed" on some security fundamentals, and were exposed through "one little chink in the armor," Wisniewski wrote.
This was evident during Gawker's massive server compromise, as the company's administrators had been behind critical server patches and upgrades as well as using the same username and password across multiple systems.
It's very tempting to use administrator accounts for database and filesystem maintenance, but the e-zine illustrated how dangerous the practice could be, according to Wisniewski.