Dec 02, 2010Mohit Kumar
AN Adelaide computer hacker infected more than two thousand computers in Australia and overseas with a program to capture banking details, a court has heard. 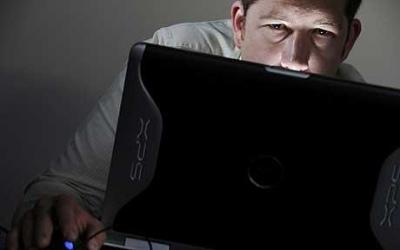 Anthony Scott Harrison, 20, used the internet to teach himself the necessary hacking and programming skills to launch his attack in 2009 but was caught when suspicious web activity was spotted and tracked by federal police.
He also modified and sold software to allow others to infect computers, with his offending flowing from his obsession with the world of cyber fantasy.
Harrison pleaded guilty to seven charges including four counts of modifying computer data to cause harm.
Defence counsel John Edwards told the South Australian District Court today that from the age of 14 his client had become obsessed with playing online computer games and had become "immersed in the world of cyber fantasy".

At one stage he was playing online for up to 15 hours a day, often using a simulated hacking game called Slave Hack.
Mr Edwards said Harrison became quite skilled at computer programming and had the capacity to commit serious offending.
But he said a clear distinction should be drawn between what he had the potential to do and what he actually did.
Harrison took only small amounts of money, and his actions were mostly experimental or the result of youthful curiosity, the court was told.
"He never had any intention to make it a large-scale, criminal enterprise," Mr Edwards said.
He asked Judge Paul Rice to impose a suspended jail sentence and told the court Harrison was interested in becoming an internet security consultant.
Prosecutor Tracey Nelson said 2370 computers had been infected, and the impact of Harrison's offending had the potential to be felt across the globe.
"Any of us could become a victim to this type of offending very, very easily," she said.
Harrison will be sentenced on January 13. The judge was told there had been no similar cases across Australia to guide him in regard to what penalty to impose.