Nov 12, 2010Mohit Kumar
A vulnerability has been identified in the Microsoft Internet Information Services (IIS) where the server in incorrectly handling files with multiple extensions separated by the ";" character such as "malicious.asp;.jpg" as an ASP file.
This allows attackers to upload malicious executable's on a vulnerable web server, bypassing file extension protections and restrictions ! ASP.Net is NOT affected by this vulnerability 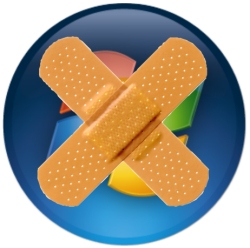 Applicable on Microsoft Internet Information Services IIS – All versions Work successfully on IIS 6 and prior versions – IIS7 has not been tested yet – does not work on IIS7.5

This vulnerability has a very high impact on IIS as the attacker can bypass file extension protections by using a semi-colon after an executable extension such as ".asp", ".cer", ".asa", and others.


How was the vulnerability discovered?
Using Simple fuzzer by using ASP language.

Besides using semi-colon, ":" can be used to make an empty file with any arbitrary extension.For example by uploading "test.asp:.jpg", an empty ASP file "test.asp" would be created on the server on an NTFS partition. This is only because of "NTFS Alternate Data Streams" and it is completely different from the semi?colon vulnerability.

Two working workarounds to protect our IIS:
1. Never accept the user's input as the filename.
2. Accept alpha-numerical strings as the filename and its extension.