Nov 20, 2010Mohit Kumar
Computer security firms and military personnel alike have issued warnings regarding the use of certain Facebook features, claiming they could compromise both personal and national security, according to various media reports. 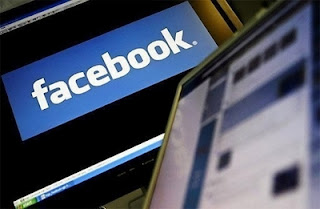 On Thursday, computer security developer Sophos warned that the popular social network's new online messaging service could make users more vulnerable to identity theft attacks.
According to John Leyden of The Register, the new Facebook service, which combines site updates with instant messaging chat and SMS messages in a single location, creates an attractive target for cybercriminals. Accounts can be easily targeted by spammers, Leyden says, or compromised to create Web 2.0 botnets.
"Users need to realize that these new features increase the attack surface on the Facebook platform, and make personal accounts all the more alluring for cybercriminals to break into," Sophos senior technology consultant Graham Cluley told AFP. "Facebook accounts will now be linked with many more people in the users' social circles--opening up new opportunities for identity fraudsters to launch attacks."


"Users also need to be aware that Facebook will be storing a complete archive of all their communications with one person. This raises concerns as to how this data could be misused if it fell into the wrong hands," he added. "With this in mind, it will be critical for Facebook to implement more effective filtering mechanisms to prevent fraudsters from manipulating Facebook users into falling victim to new spams, scams and phishing attacks."
Facebook users, Sophos said, should take steps to make sure their accounts are secure. According to AFP reports, recommended steps include using hard-to-decipher passwords, making sure that their computer's security software is up-to-date, and keeping a close eye on what applications link to their social networking profiles.
The U.S. Air Force is also advising caution when using Facebook and similar websites, advising its troops on Wednesday to be careful while using social networking services because they could reveal their exact locations to enemy soldiers.
The advisory, which according to Associated Press (AP) writer Lolita C. Baldor was posted to the military organization's internal website and issued to senior commanders earlier this month, warns that "careless use of these services by airmen can have devastating operations security and privacy implications." Baldor notes that the U.S. Army plans to issue a similar advisory next week.
In other Facebook-related news, Twitter co-founder Evan Williams told participants at a Web 2.0 Summit in San Francisco on Wednesday that he has explored forming some type of partnership with their social networking rivals, but that "so far neither side has seen a way to do that."
According to Glenn Chapman of AFP, Williams said that he was "frustrated" when Facebook blocked an application that would have allowed users of both services to integrate their contact lists and find out when their friends were using one service or another.
"We'd like our users to tap into Facebook to make their Twitter experience better," he added, "but I understand their position… They see the social graph as their core asset."