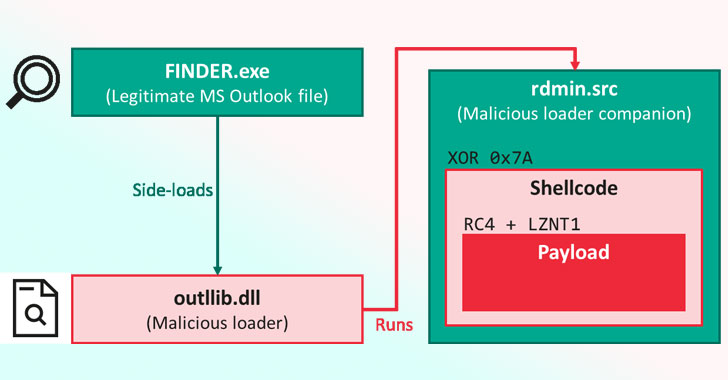 April 06, 2021Ravie Lakshmanan
A hacking group related to a Chinese-speaking threat actor has been linked to an advanced cyberespionage campaign targeting government and military organizations in Vietnam. The attacks have been attributed with low confidence to the advanced persistent threat (APT) called  Cycldek  (or Goblin Panda, Hellsing, APT 27, and Conimes), which is known for using spear-phishing techniques to compromise diplomatic targets in Southeast Asia, India, and the U.S. at least since 2013. According to researchers from Kaspersky, the offensive, which was observed between June 2020 and January 2021, leverages a method called DLL side-loading to execute shellcode that decrypts a final payload dubbed " FoundCore ." DLL side-loading  has been a tried-and-tested technique used by various threat actors as an obfuscation tactic to bypass antivirus defenses. By loading malicious DLLs into legitimate executables, the idea is to mask their malicious activity under a trusted system or software proc 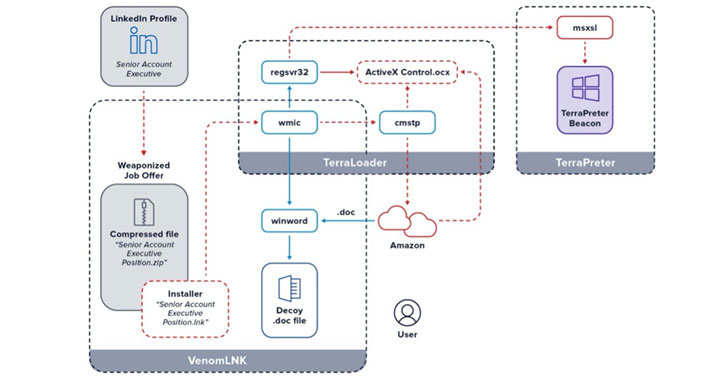 April 06, 2021Ravie Lakshmanan
A new spear-phishing campaign is targeting professionals on LinkedIn with weaponized job offers in an attempt to infect targets with a sophisticated backdoor trojan called "more_eggs." To increase the odds of success, the phishing lures take advantage of malicious ZIP archive files that have the same name as that of the victims' job titles taken from their LinkedIn profiles. "For example, if the LinkedIn member's job is listed as Senior Account Executive—International Freight the malicious zip file would be titled Senior Account Executive—International Freight position (note the 'position' added to the end)," cybersecurity firm eSentire's Threat Response Unit (TRU)  said  in an analysis. "Upon opening the fake job offer, the victim unwittingly initiates the stealthy installation of the fileless backdoor, more_eggs." Campaigns delivering more_eggs using the  same modus operandi  have been spotted at least since 2018, with the backdo 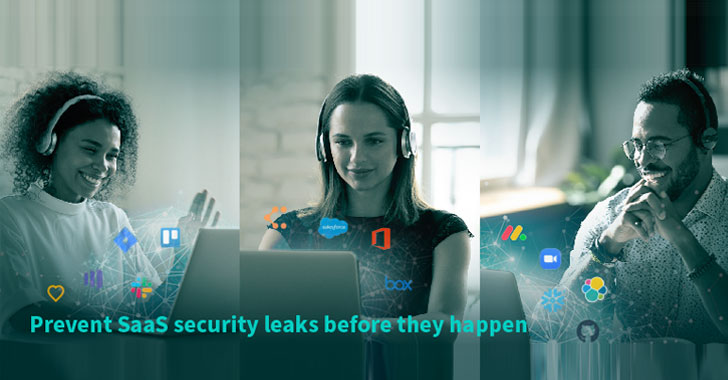 April 05, 2021The Hacker News
The data is in. According to IBM Security's  2020 Cost of a Data Breach Report , there is a 50% increase in cloud usage for enterprises across all industries. The number of threats targeting cloud services, predominantly collaboration services like Office 365, has  increased 630% . Moreover, 75% of respondents report that discovery and recovery time from data breaches has significantly increased due to remote work during the pandemic. Although organizations can save over $1 million if they discover a breach in the first 30 days, the average reported response time was a whopping 280 days.  In the remote-work world, SaaS apps have become an enticing vector-of-choice for bad actors. Just think of the typical employee, working off-site, untrained in security measures, and how their access or privileges increase the risk of sensitive data being stolen, exposed, or compromised. However, it doesn't have to be that way — a company's SaaS security posture can be strengthened, an 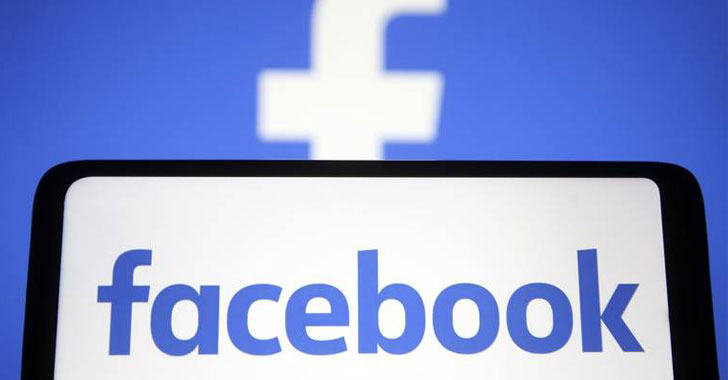 April 04, 2021Ravie Lakshmanan
In what's likely to be a goldmine for bad actors, personal information associated with approximately 533 million Facebook users worldwide has been leaked on a popular cybercrime forum for free—which was harvested by hackers in 2019 using a Facebook vulnerability. The  leaked data  includes full names, Facebook IDs, mobile numbers, locations, email addresses, gender, occupation, city, country, marital status broken, account creation date, and other profile details broken down by country, with over 32 million records belonging to users in the U.S., 11 million users the U.K., and six million users in India, among others. Also included in the leak are  phone numbers  from Facebook CEO Mark Zuckerberg, and co-founders Chris Hughes, and Dustin Moskovitz, who are the fourth, fifth, and sixth members to have registered on Facebook. Interestingly, it appears that the same phone number is also registered to his name on the privacy-focussed messaging app Signal. "Mark Zuckerberg als 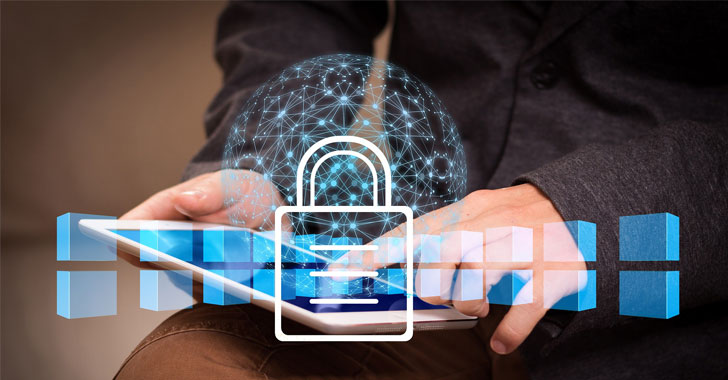 How Cyrebro Can Unify Multiple Cybersecurity Defenses to Optimize Protection

April 02, 2021The Hacker News
Many enterprises rely on more than one security tool to protect their technology assets, devices, and networks. This is particularly true for organizations that use hybrid systems or a combination of cloud and local applications. Likewise, companies whose networks include a multitude of smartphones and IoT devices are likely to deploy multiple security solutions suitable for different scenarios. Employing several security solutions tends to be inevitable for many, especially those that have outgrown their previous network setups. Companies that expand to new branches and even overseas operations have to make use of additional security measures and tools. This use of multiple tools or software often leads to critical issues, though. The management of the many cybersecurity solutions can become too complicated and difficult to handle, especially for organizations with little experience in addressing cyber threats, let alone actual attacks. This can result in confusion and the inabilit 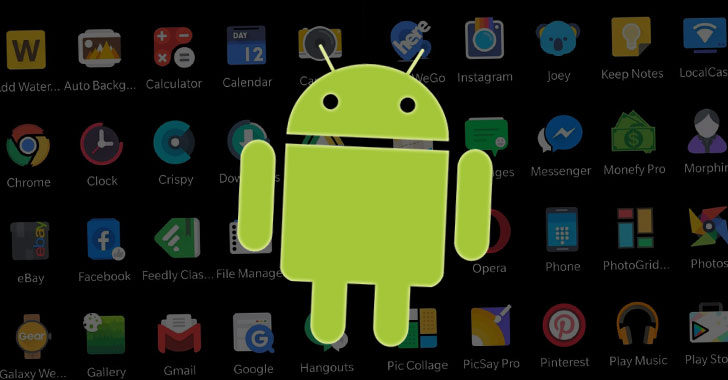 April 02, 2021Ravie Lakshmanan
Apps on Android have been able to infer the presence of specific apps, or even collect the full list of installed apps on the device. What's more, an app can also set to be notified when a new app is installed. Apart from all the usual concerns about misuse of such a data grab, the information can be abused by a potentially harmful app to fingerprint other installed apps, check for the  presence of antivirus ,  affiliate fraud , and even for targeted ads.  In 2014, Twitter  began  tracking the list of apps installed on users' devices as part of its "app graph" initiative with an aim to deliver tailored content. Digital wallet company MobiKwik was also caught  collecting information  about installed apps in the wake of a data breach that came to light earlier this week. Indeed, a study undertaken by a group of Swiss researchers in 2019  found  that "free apps are more likely to query for such information and that third-party libraries (libs) are the main requ 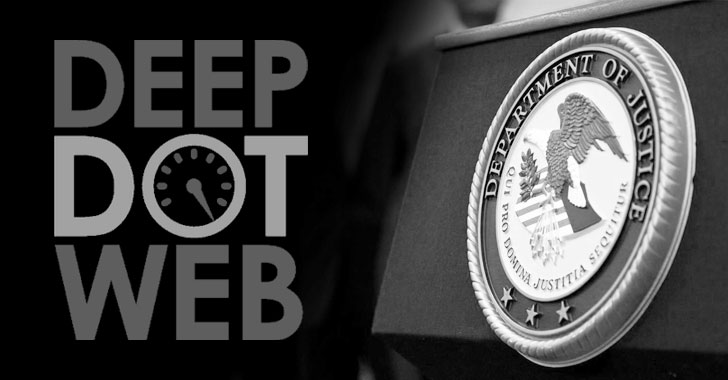 April 01, 2021Ravie Lakshmanan
The U.S. Department of Justice (DoJ) on Wednesday said that an Israeli national pleaded guilty for his role as an "administrator" of a portal called DeepDotWeb ( DDW ), a "news" website that "served as a gateway to numerous dark web marketplaces." According to the unsealed court documents, Tal Prihar , 37, an Israeli citizen residing in Brazil, operated DDW alongside Michael Phan , 34, of Israel, starting October 2013, in return for which they received kickbacks from the operators of the marketplaces in the form of virtual currency amounting to 8,155 bitcoins (worth $8.4 million at the time of the transactions). In an attempt to conceal the illicit payments, Prihar is said to have transferred the money to other bitcoin accounts and to bank accounts under his control in the name of shell companies. "Tal Prihar served as a broker for illegal Darknet marketplaces — helping such marketplaces find customers for fentanyl, firearms, and other dangerous 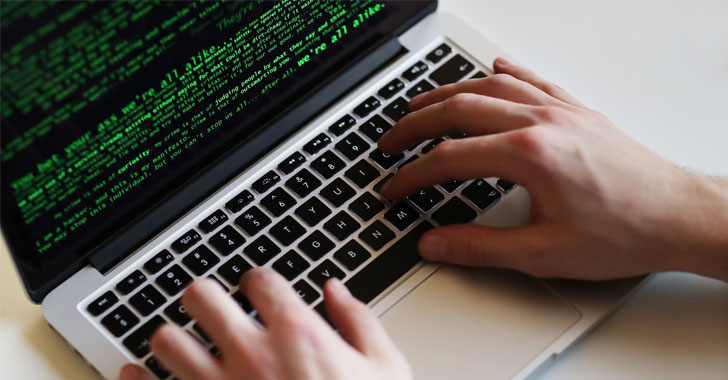 April 01, 2021Ravie Lakshmanan
A 22-year-old man from the U.S. state of Kansas has been indicted on charges that he unauthorizedly accessed a public water facility's computer system, jeopardizing the residents' safety and health in the local community. Wyatt A. Travnichek, 22, of Ellsworth County, Kansas, has been charged with one count of tampering with a public water system and one count of reckless damage to a protected computer during unauthorized access, according to the Department of Justice (DoJ). "By illegally tampering with a public drinking water system, the defendant threatened the safety and health of an entire community,"  said  Lance Ehrig, Special Agent in Charge of the Environmental Protection Agency (EPA) Criminal Investigation Division in Kansas. "EPA and its law enforcement partners are committed to upholding the laws designed to protect our drinking water systems from harm or threat of harm. Today's indictment sends a clear message that individuals who intentionall 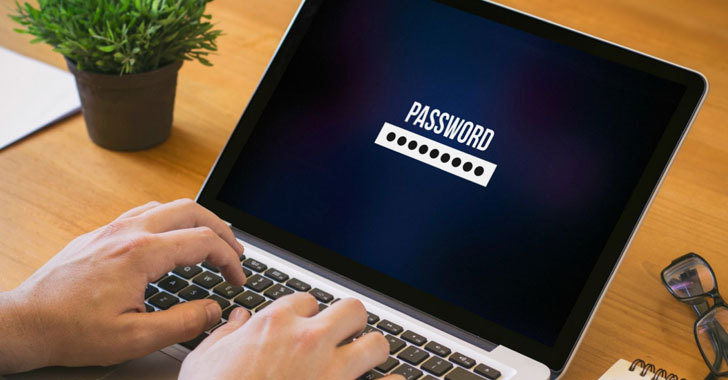 April 01, 2021The Hacker News
Data breaches remain a constant threat, and no industry or organization is immune from the risks. From  Fortune 500  companies to startups, password-related breaches continue to spread seemingly unchecked. As a result of the volume of data breaches and cybersecurity incidents, hackers now have access to a vast swathe of credentials that they can use to power various password-related attacks. One example of this is credential stuffing attacks, which accounted for  1.5 billion  incidents in the last quarter of 2020—a staggering 90% increase from Q1 2020. The rapid pivot to digital in response to the pandemic has been a key contributor to the explosive growth in cybersecurity attacks. With organizations shifting more services online and investing in new applications that facilitate virtual interactions with employees and customers, this has changed the security landscape and presented an array of new avenues for hackers to exploit. However, in a rush to move everything online from mee
 Prev Page Next Page 
Popular This Week
New WhatsApp Bugs Could've Let Attackers Hack Your Phone Remotely
1-Click Hack Found in Popular Desktop Apps — Check If You're Using Them
Update Your Chrome Browser to Patch 2 New In-the-Wild 0-Day Exploits
New JavaScript Exploit Can Now Carry Out DDR4 Rowhammer Attacks
NSA Discovers New Vulnerabilities Affecting Microsoft Exchange Servers
YIKES! Hackers flood the web with 100,000 pages offering malicious PDFs
Windows, Ubuntu, Zoom, Safari, MS Exchange Hacked at Pwn2Own 2021
Online Courses and Software