The Hacker News - Cybersecurity News and Analysis: Search results for US Government

August 22, 2014Mohit Kumar
The United States division of Samsung has been charged with deceiving the US government into believing that several of its products met the necessary US government policies, resulting in the US government buying unauthorised Chinese-made electronics . The South Korean electronics giant has agreed to pay the Government $2.3 million in fines to settle the charges of violating trade agreements, the Justice Department announced Tuesday. Under federal contracting rules, Government agencies are only required to purchase products made in the United States or in countries that have a trade agreement with the United States. Federal agencies purchased products from Samsung through authorised resellers, believing they were manufactured in South Korea or Mexico, comply with government procurement rules — namely the US trade agreement act. SAMSUNG LIED TO U.S GOVERNMENT Despite complying with the terms of the contract, Samsung was found to have breached the US government bet 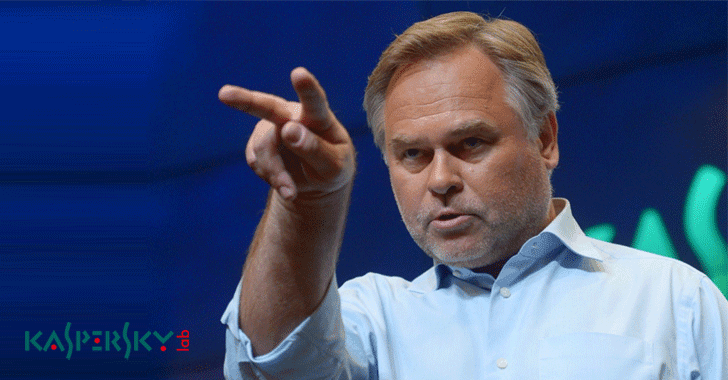 December 19, 2017Swati Khandelwal
Moscow-based cyber security firm Kaspersky Lab has taken the United States government to a U.S. federal court for its decision to ban the use of Kaspersky products in federal agencies and departments. In September 2017, the United States Department of Homeland Security (DHS) issued a Binding Operational Directive (BOD) ordering civilian government agencies to remove Kaspersky Lab software from their computers and networks within 90 days. The order came amid mounting concern among United States officials that the Kaspersky antivirus software could be helping Russian government spy on their activities, which may threaten the U.S. national security. U.S. President Donald Trump also signed into law last week legislation that bans the use of Kaspersky products within the U.S. government, capping a months-long effort to purge Kaspersky from federal agencies amid concerns it's vulnerable to Kremlin influence. The Kaspersky's appeal is part of an ongoing campaign by the c 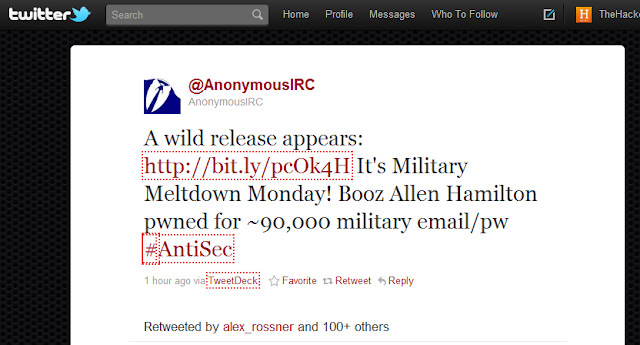 July 11, 2011Mohit Kumar
90,000 Military Email Accounts Leaked in Latest #AntiSec Attack In latest tweet by AnonymousIRC , Hackers leaks  90,000 Military Email Accounts from Booz Allen Hamilton is a massive American consulting firm for #AntiSec. Anonymous call it " Military Meltdown Monday: Mangling Booz Allen Hamilton " . The Leak include 90,000 logins of military personnel—including personnel from US CENTCOM, SOCOM, the Marine Corps, various Air Force facilities, Homeland Security, State Department staff, and what looks like private sector contractors. They Release it via Torrent of 130.5 MB archive file. Press Release by Anonymous is : Hello Thar! Today we want to turn our attention to Booz Allen Hamilton, whose core business  is contractual work completed on behalf of the US federal government, foremost  on defense and homeland security matters, and limited engagements of foreign  governments specific to U.S. military assistance programs. So in this line of work you' 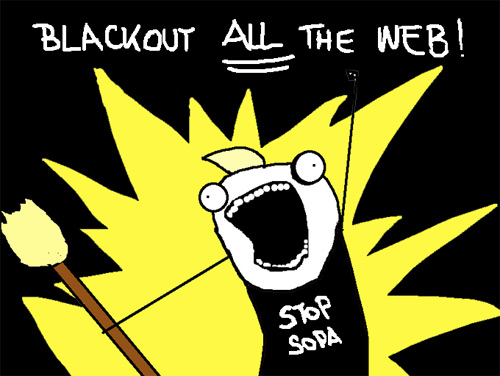 SOPA in US and Censorship in India: A cocktail to destroy Internet Freedom !

January 19, 2012Mohit Kumar
SOPA in US and Censorship in India : A cocktail to destroy Internet Freedom ! As US senators mull over the SOPA(Stopping Online Piracy Act) and PIPA(Protecting Intellectual Property Act) bills, the world stands witness to a historic moment. Almost all big IT companies like Google, Wikipedia, Facebook, Mozilla, Godaddy, etc are speaking in one unanimous voice against SOPA and Internet Censorship. The draconian provisions of SOPA/PIPA are bound to create the deathbed of internet freedom and free speech, and if a careful reading of the proposed legislation is done, one realizes that it is likely to have the same impact on India. In the disguise of protecting copyrights and stopping piracy its completely clear that the US government is trying to assert its control over the free flow of information on internet which is some time uncomfortable to them. Giving power to Attorney General to direct search engines like Google to filter particular search results, or asking an ISP to manipulat 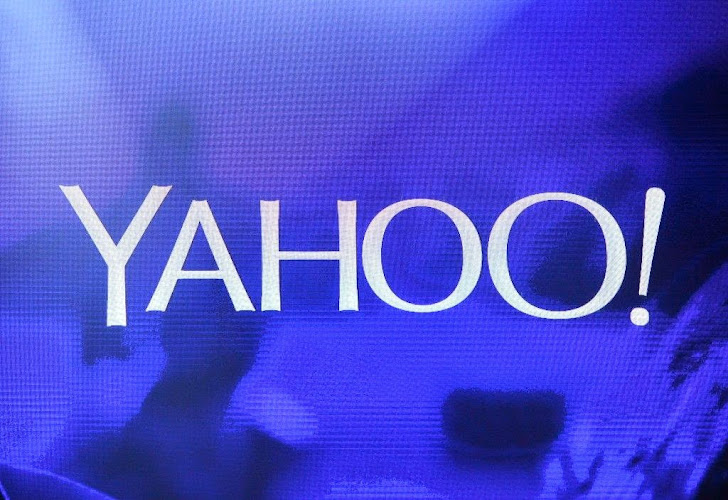 September 12, 2014Mohit Kumar
Yahoo! has broke its silence and explained why it handed over its users' data to United States federal officials, thereby promising to expose those court documents which ordered the snooping. The US government threatened Internet giant with a $250,000 fine per day several years ago if it failed to comply with National Security Agency 's notorious PRISM Surveillance program, according to unclassified court documents released by Yahoo! on Thursday. " The released documents underscore how we had to fight every step of the way to challenge the US Government's surveillance efforts ," the company's general counsel Ron Bell said on Yahoo's Tumblr page . " At one point, the US Government threatened the imposition of $250,000 in fines per day if we refused to comply. " The documents released by Yahoo! shed new lights on the NSA's secret surveillance program PRISM, which was previously leaked from the agency's confidential documents provided by Global su

June 07, 2013Mohit Kumar
The National Security Agency , part of the U.S. military reportedly has a direct line into the systems of some of the world's biggest Web and tech companies, i.e Microsoft, Google, Facebook, Skype. The NSA access is part of a previously undisclosed program called PRISM , 6-year-old program which allows officials to collect real-time information and as well as stored material including search history, the content of emails, file transfers and live chats, according to reports in the Washington Post . Project PRISM may be the first of its kind and also  GCHQ , Britain's equivalent of the NSA, also has been secretly gathering intelligence from the same internet companies through an operation set up by the NSA. Later confirmed by the White House and members of Congress as saying that the government routinely seeks information in its fight to thwart domestic and international terrorism. Other services that are reportedly part of PRISM include PalTalk, Skype, and AOL. 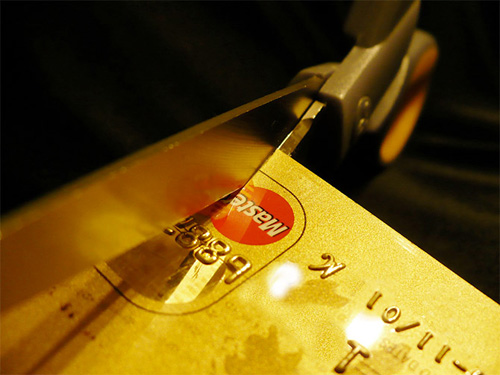 December 08, 2010Mohit Kumar
Hackers rushed to the defense of WikiLeaks on Wednesday, launching attacks on MasterCard, Visa, Swedish prosecutors, a Swiss bank and others who have acted against the site and its jailed founder Julian Assange. Internet "hacktivists" operating under the label "Operation Payback" claimed responsibility in a Twitter message for causing severe technological problems at the website for MasterCard, which pulled the plug on its relationship with WikiLeaks a day ago. MasterCard acknowledged "a service disruption" involving its Secure Code system for verifying online payments, but spokesman James Issokson said consumers could still use their credit cards for secure transactions. Later Wednesday, Visa's website was inaccessible. The online attacks are part of a wave of support for WikiLeaks that is sweeping the Internet. Twitter was choked with messages of solidarity for the group, while the site's Facebook page hit 1 million fans. Late Wednesday, Ope 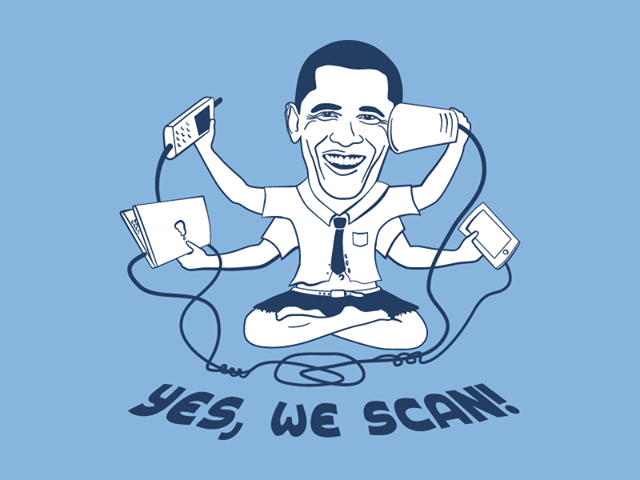 July 02, 2013Wang Wei
The recent exposes and revelations by Edward Snowden about the Top Secret Internet Snooping program currently run by US National Security Agency (NSA) have shocked the world. The extent of snooping is even more shocking and what has just stunned the world is the sheer name of top Internet companies who had shared data of all their users and not to forget except Microsoft, all of them namely Google, Facebook, and Apple have longed established themselves as the outright defenders of free speech and Right to Privacy . Many of them are funders and donors of Electronic frontier foundation in US. The recently formed renowned organization defending right to privacy and free speech on Internet . Though much is being written about the extent of snooping, leaked Memos, Obama's Admissions, NSA's careful acceptance of the snooping Program but What bothers me is the stand of Indian Government in this mess. We are reportedly 5th most spied country by US NSA under this program and 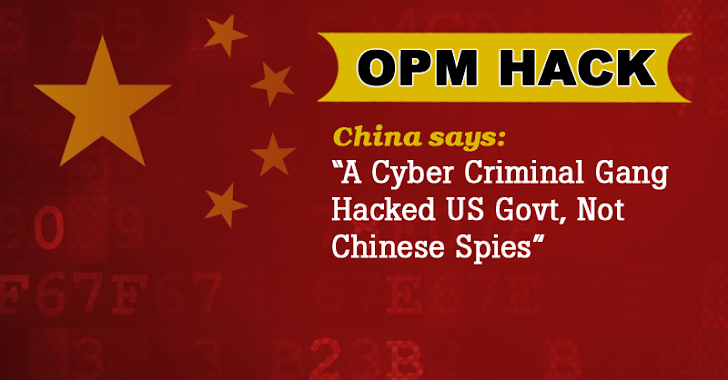 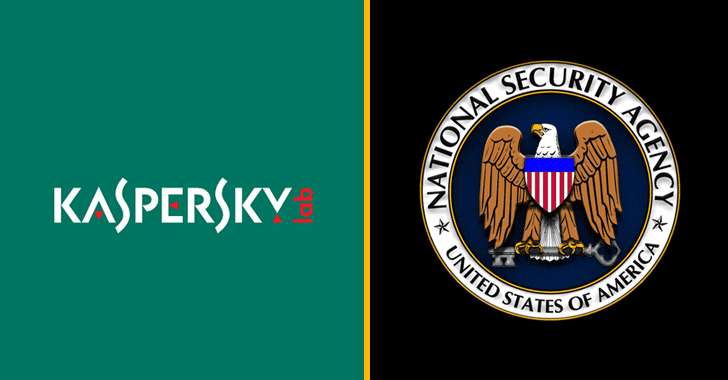 January 09, 2019Swati Khandelwal
Remember " The Shadow Brokers " and the arrest of a former NSA contractor accused of stealing 50 Terabytes of top secret documents from the intelligence agency? It turns out that, Kaspersky Lab, which has been banned in US government computers over spying fears, was the one who tipped off the U.S. government and helped the FBI catch NSA contractor Harold T. Martin III , unnamed sources familiar with the investigation told Politico. In October 2016, the U.S. government arrested and charged Martin, 51, with theft of highly classified documents, including most sensitive NSA hacking tools and top-secret information about "national defense," that he siphoned from government computers over the period of two decades. The breach is believed to be the largest heist of classified government material in America's history, far bigger than Edward Snowden leaks . According to the sources, the Antivirus firm learned about Martin after he sent unusual direct messag
Next Page 