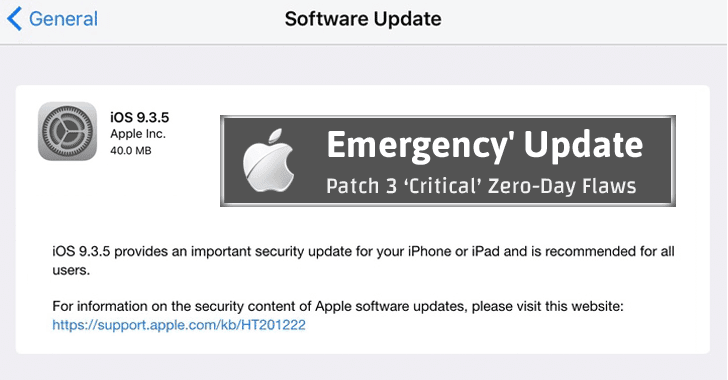 Aug 25, 2016
Apple has released iOS 9.3.5 update for iPhones and iPads to patch three zero-day vulnerabilities after a piece of spyware found targeting the iPhone used by a renowned UAE human rights defender, Ahmed Mansoor. One of the world's most invasive software weapon distributors, called the NSO Group, has been exploiting three zero-day security vulnerabilities in order to spy on dissidents and journalists. The NSO Group is an Israeli firm that sells spying and surveillance software that secretly tracks a target's mobile phone. The zero-day exploits have allowed the company to develop sophisticated spyware tools that can access the device location, contacts, texts, calls logs, emails and even microphone. Apple fixed these three vulnerabilities within ten days after being informed by two security firms, Citizen Lab and Lookout, who conducted a joint investigation. Background Story: Malware Discovery Mansoor, 46, ' Martin Ennals Award ' winner from the United Arab Emirate 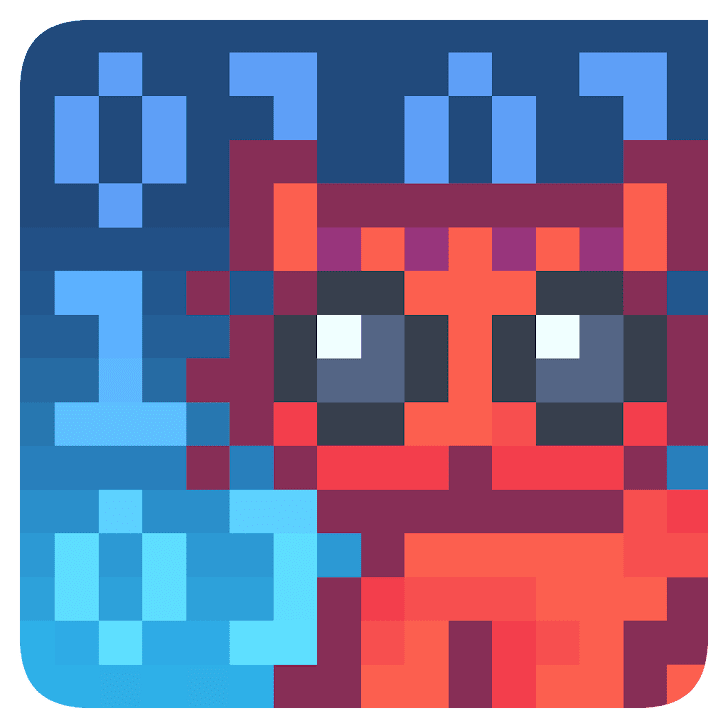 Nov 24, 2013
Users in Iran call Internet as " Filternet ", because of the heavily censored Internet access they have. Million Iranians used VPN servers to access the outside world. In October, 2013 Jack Dorsey, the co-founder of Twitter asked Iranian President, ' Are citizens of Iran able to read your tweets? ' In Reply Mr. The President said that he will work to make sure Iranians have access to information globally in what appears to be a reference to reducing online censorship. Just after promising to support Internet Freedom, the Iran Government has banned yet another web application called -  Cryptocat , a tool that allows for secure and encrypted chat. The app is well known for bringing encrypted communications to the masses, popular with human rights activists and journalists around the world. According to ' Blockediniran.com ', Cryptocat website and the associated private chat service were inaccessible to our users in Iran. Currently since Monday.  ' It cu

Oct 10, 2012
The Philippine Supreme Court on Tuesday suspended implementation of Republic Act 10175 or the Cybercrime Prevention Act for 120 days, while it decides whether certain provisions violate civil liberties. The law, signed last month, aims to combat Internet crimes such as hacking, identity theft, spamming, cybersex and online child pornography. Human Rights Watch, a human rights monitoring group, hailed reports of the TRO, and called on the tribunal to strike down what it called a "seriously flawed law." Many Facebook and Twitter users, and the portals of several media organisations in the Philippines, have replaced their profile pictures with black screens to protest against the law. Hackers also defaced several government websites in protest. Journalists and citizen groups are protesting because the law also doubles the normal penalty for libel committed online and blocks access to websites deemed to violate the law. They fear such provisions will be used by politicians
Next Page 