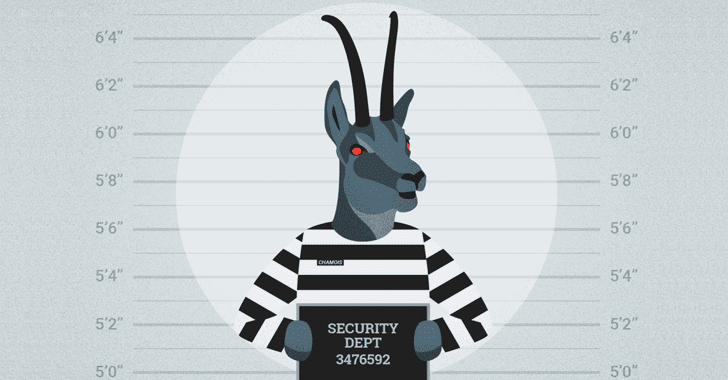 March 14, 2017Swati Khandelwal
With the rise in the mobile market, Adware has become one of the most prevalent mobile threats in the world. Adware has traditionally been used to aggressively push ads like banners or pop-ups on mobile screens to make money. The troublesome part is that Adware is now becoming trojanized and more sophisticated, as it aggressively collects personal data from the mobile device it's installed on, including name, birth date, location, serial number, contacts, and browser data without users' consent. However, the risk is a bit higher on Android than other platforms because of the extra permissions that apps enjoy. Although Google has stepped up its efforts to remove potentially harmful apps from its Play Store in the past years and added more stringent malware checks for new apps, Adware app eventually finds its way into its mobile app marketplace to target millions of Android users. In its recent efforts to make its Play Store ecosystem safe, Google has recently discover 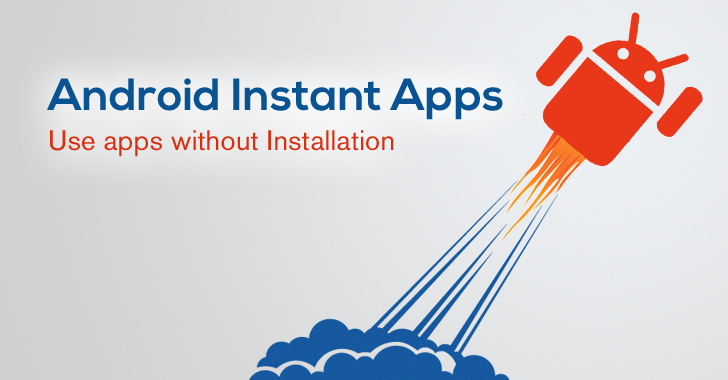 May 19, 2016Swati Khandelwal
Downloading an app is a real pain sometimes when you don't want to install the complete app on your smartphone just for booking a movie ticket, or buying something online. Isn't that? Now, Imagine the world where you can use any Android app without actually the need to download or even install it on your smartphone. This is exactly what Google has intended to offer you with its all new Instant Apps feature. Announced at Google I/O event Wednesday, Android Instant Apps will break down the walls between websites and Android apps by allowing people to tap on a URL and open an Android app instantly, without even having to install it. As a live demonstration, Google's presenter on stage showed how just clicking a Buzzfeed Video link, which has a dedicated app, opened the relevant part of an app — all in just 2 seconds. Also Read: Google Unveils AI-powered Smart Messaging App In another demonstration, the presenter showed a link to buy a camera bag at B&H Ph 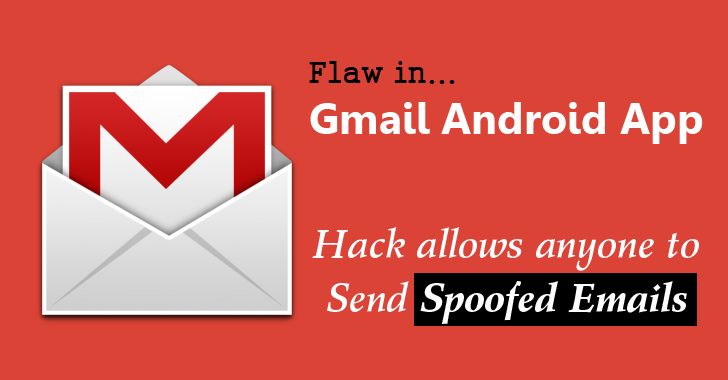 June 10, 2015Mohit Kumar
Google has recently announced its latest version of the mobile operating system called Android M at its official Google I/O 2015 developer event May 28 in San Francisco. We don't know exactly what is the ' M ' stands for just yet. My guess is it could be Marzipan or maybe Milky Way. Let me know what you guys think, so write me your guesses down below in the comments. Android M is not going to be an immense move in look or architecture like Android Lollipop , but it is bringing some eye-catching upgrades that you are going to love. However, after a Google I/O event and having the Developer Preview of Android M and installing it in my Nexus 6, I have got a pretty good idea what I think are the top 10 Best New Features of Android M. PRIVACY AND APP CONTROL 1. Powerful App Permissions Manager: The biggest change that Google's Android M will bring is a granular permissions system, somewhat similar to what Apple has. Currently, Android app permissions 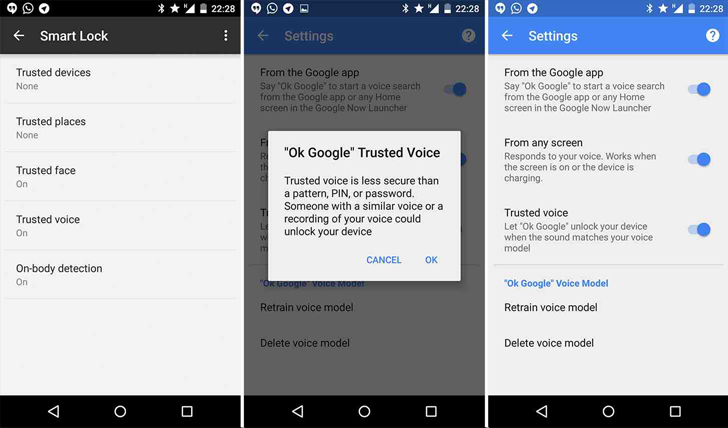 April 14, 2015Mohit Kumar
Today device unlocking has become far more secure over the years, from PIN number unlock to Pattern unlock and biometric unlocks including fingerprinting and facial recognition. But... ...What If Your Android Device Can Identify Your Voice before authenticating any access? This exactly what Google is trying to provide its Android 5.0 Lollipop users. Users running Android 5.0 Lollipop on their smartphone devices may soon be able to unlock their devices simply by saying " OK Google ." " Smart Lock " is one of the most convenient security features provided in Lollipop that offers a handful of clever ways to unlock an Android device automatically, which yet includes: Trusted Device Trusted Places Trusted Face However, Google is now rolling out a new smart lock, dubbed " Trusted Voice ," that uses your voice as a password to unlock your device. Just as your fingerprint or face recognition is considered distinctive enough for biom 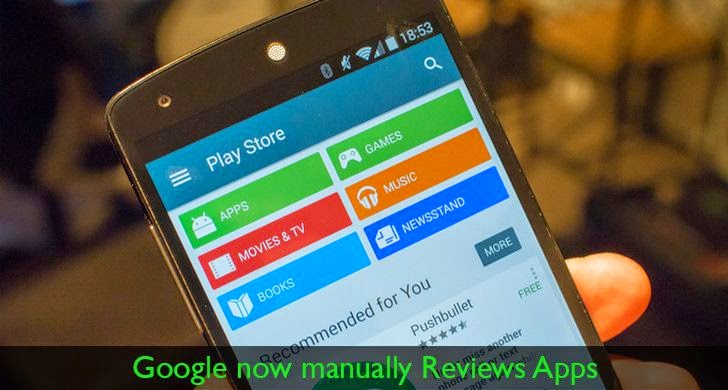 March 18, 2015Mohit Kumar
Google has changed the way it managed apps on the Google Play Store . After years of depending on the automated app check process, the company just made some changes to its Play Store policies  that will successfully weed out malicious and undesirable apps from Google Play store. Google has introduced an update for developers and users that's sure to make some parents happy and some developers sad. The new features are — Better App Review Process Age-Based Rating System BETTER APP REVIEW PROCESS The search engine giant announced on Tuesday that it has started employing humans to review apps before they go live on the Google Play Store , a move intended to " better protect the community " and " improve the app catalog ." The new approach would definitely affect app developers, as they'll have to wait for their apps to be approved by Google after they submit them to the Play Store. But, it would keep users safe from harmful malware or offensive content.
Next Page 