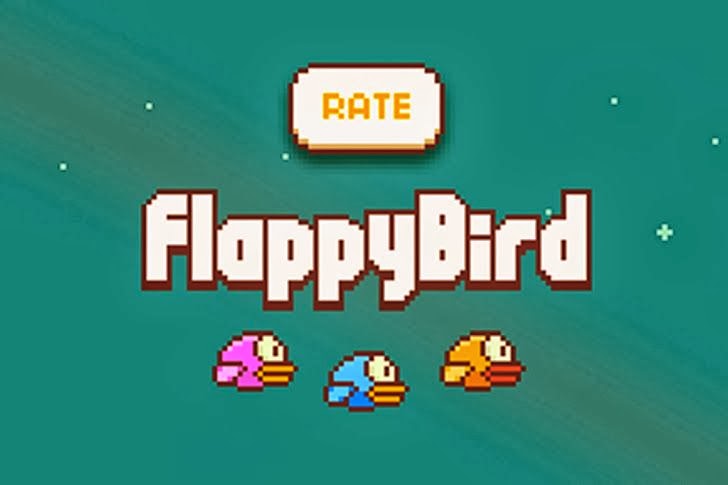 February 17, 2014Wang Wei
After the developer of Flappy Bird pulled the gaming app from both the Apple and Google app stores, it led to the creation of dozens and dozens of Flappy Bird clones that are trying to cash in on the popularity of the original title. Also Security researchers from multiple anti-malware firms have recently identified a number of malicious versions of Flappy Bird apps. In Order to protect Smartphone users from installing malicious applications that pretend to be the one associated with the previous Flappy Bird app, Google and Apple have finally decided to reject all games and application that contain ' Flappy ' in the title on app Stores. Ken Carpenter, another app developer with Mind Juice Media, posted on his Twitter account that his newly developed app, which he named Flappy Dragon , got rejected from Apple's app Store because the name " attempts to leverage a popular app " According to Ken, 'Flappy' in app title are being rejected by Apple under a violatio 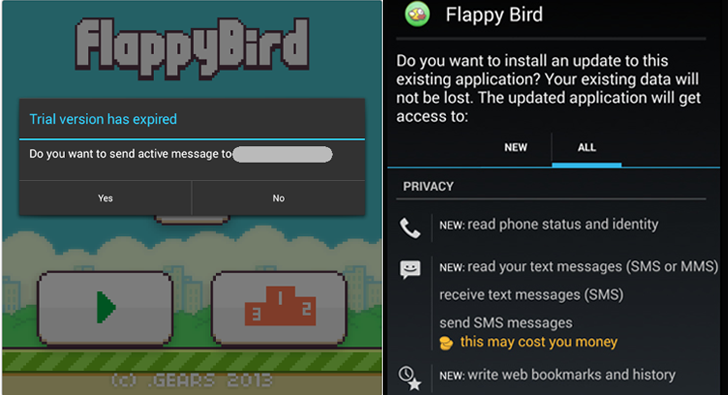 February 15, 2014Swati Khandelwal
Flappy Bird , developed by a 29-year old, Dong Nguyen , was one of the top free gaming apps of the last month, but now officially unavailable for users. After achieving income of $50,000 per day in advertising revenue, Dong Nguyen pulled out Flappy Bird gaming app from all the web app stores and now it's permanently dead. " Flappy Bird was designed to play in a few minutes when you are relaxed ," says Dong Nguyen, in an exclusive interview with Forbes. " But it happened to become an addictive product. I think it has become a problem. To solve that problem, it's best to take down Flappy Bird. It's gone forever. " Till now the reason is not clear from Dong's statement that why exactly he quit the app, but it's clear that his decision have given opportunity for hackers for creating a malicious version of this app and the app's popularity will help them to gain success in spreading Smartphone  malware to mass and hence, the malicious apps are available in play stores with
Next Page 
Popular This Week
Zoom Caught in Cybersecurity Debate — Here's Everything You Need To Know
New Zoom Hack Lets Hackers Compromise Windows and Its Login Password
How Just Visiting A Site Could Have Hacked Your iPhone or MacBook Camera
Unveiled: How xHelper Android Malware Re-Installs Even After Factory Reset
7 Ways Hackers and Scammers Are Exploiting Coronavirus Panic
Dark Nexus: A New Emerging IoT Botnet Malware Spotted in the Wild
COVID-19: Hackers Begin Exploiting Zoom's Overnight Success to Spread Malware
Secure Remote Working During COVID-19 — Checklist for CISOs
WARNING: Hackers Install Secret Backdoor on Thousands of Microsoft SQL Servers
Exclusive Offers