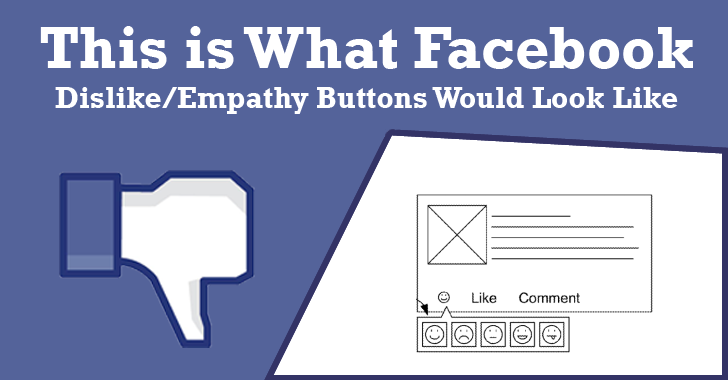 September 22, 2015Mohit Kumar
A Facebook Dislike button is one of the most frequently requested features from users for years. Earlier in the last week, Facebook finally confirmed its plans to add a Dislike or Empathy to your Facebook Profile and News Feed. If you are thinking that Facebook Dislike is going to be a thumbs-down button, then you are dead wrong. Why Not Thumbs-Down? Because: … The Dislike Concept will lead to more bad behavior than good — vitriol or bullying or worse. Facebook's founder Mark Zuckerberg says, " We didn't want to just build a Dislike button because we don't want to turn Facebook into a forum where people are voting up or down on people's posts. " So what will this Dislike or Empathy button look like? Instead of a simple thumbs down to express disapproval or pity, it could be as simple as Emojis. Yes, Emojis reaction ( Emoticons ) Faces. A ' two-years old ' Patent filed by Facebook uncovered how the new feature might work. The Patent illustr
Next Page 