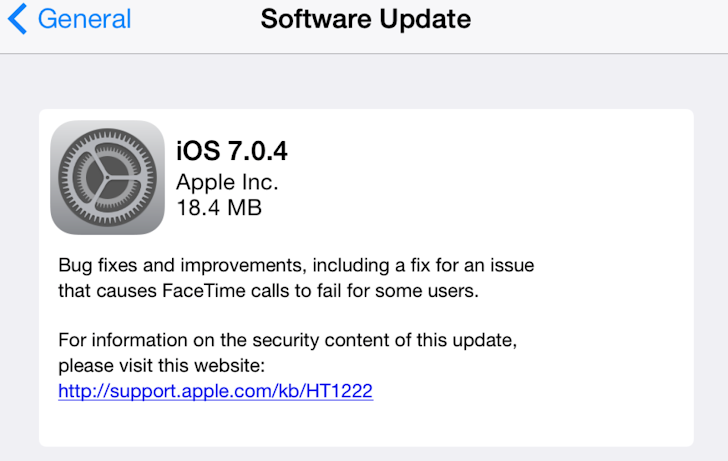 Nov 16, 2013
Apple has released the latest version of its mobile platform i.e. iOS 7.0.4 includes bug fixes, security patches with some new features. The update is available for iPhone , iPad and iPod touch, identified as " build 11B554a ." Most importantly Apple has patched a critical security flaw that allowed to purchase stuff from the online Apple Store without having to tap in a valid password. Vulnerability assigned as  CVE-2013-5193 , " A signed-in user may be able to complete a transaction without providing a password when prompted. This issue was addressed by additional enforcement of purchase authorization. " Apple's security bulletin says. The patch restores the aforementioned authentication check and will allow app store transactions only  if the user will provide a valid password. The update also addressed an issue that would cause FaceTime calls to fail for some users. Apple recommended users to update their devices immediately. iOS users ca 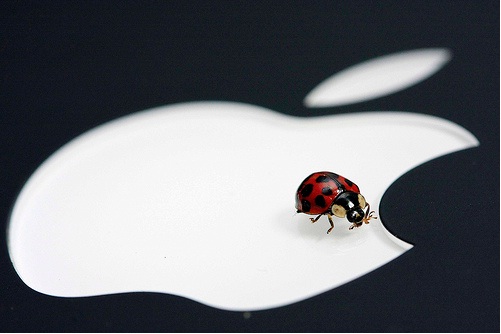 Mar 10, 2013
A Google developer helps Apple to fixed a security flaw in its application store that for years has allowed attackers to steal passwords and install unwanted or extremely expensive applications. Security loophole allowed attacker to hijack the connection, because Apple neglected to use encryption when an iPhone or other mobile device tries to connect to the App Store. Researcher Elie Bursztein revealed on his blog that he had alerted Apple of numerous security issues last July but that Apple had only turned on HTTPS for the App Store last week. An attacker only needs to be on the same network as the person who is using the App Store. From there, they can intercept the communications between the device and the App Store and insert their own commands. The malicious user could take advantage of the unsecure connection to carry out a number of different attacks i.e steal a password, force someone to purchase an app by swapping it with a different app that the buyer actually intende
 Prev Page Next Page 
Trending News Stories
Researchers Release PoC Exploit for Windows CryptoAPI Bug Discovered by NSA
Over 4,500 WordPress Sites Hacked to Redirect Visitors to Sketchy Ad Pages
LastPass Parent Company GoTo Suffers Data Breach, Customers' Backups Compromised
Emotet Malware Makes a Comeback with New Evasion Techniques
U.S. Federal Agencies Fall Victim to Cyber Attack Utilizing Legitimate RMM Software
Apple Issues Updates for Older Devices to Fix Actively Exploited Vulnerability
Hive Ransomware Infrastructure Seized in Joint International Law Enforcement Effort
Contributed Reports
How to improve application security with Pentesting-as-a-Service
Download: The Definitive Browser Security Checklist
More Resources