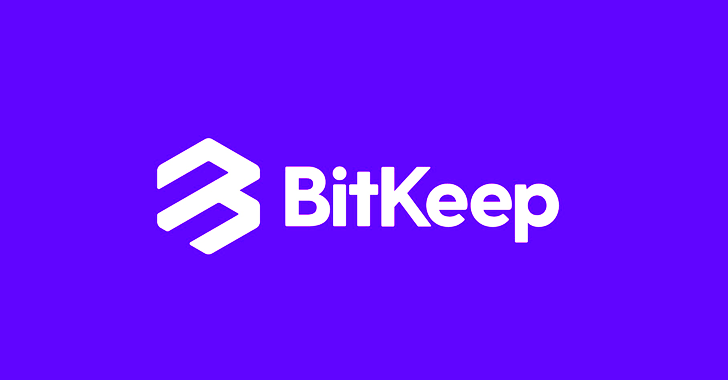 "With maliciously implanted code, the altered APK led to the leak of user's private keys and enabled the hacker to move funds," BitKeep CEO Kevin Como said, describing it as a "large-scale hacking incident."

According to blockchain security company PeckShield and multi-chain blockchain explorer OKLink, an estimated $9.9 million worth of assets have been plundered so far.

"Funds stolen are on BNB Chain, Ethereum, TRON and Polygon," BitKeep further noted in a series of tweets. "More than 200 addresses on the other three chains were used in the heist, and all funds were transferred to two main addresses in the end."

The incident is said to have taken place on December 26, 2022, with the threat actor exploiting and hijacking version 7.2.9 of the Android app package (.APK) file hosted on its website to distribute the trojanized variant.

As many as five different counterfeit versions of the Android app with the following package names have been identified, suggesting that the apps were potentially distributed through phishing websites. The legitimate package name is "com.bitkeep.wallet."

The Singapore-headquartered company, which was founded in 2018, said it has traced the wallet address used to carry out the theft and that some of the siphoned digital assets have been frozen.

Users who have downloaded the APK file for version 7.2.9 are advised to install the latest version (7.3.0) released today and transfer the funds to a newly generated wallet address.

This is not the first time BitKeep has been breached. On October 18, 2022, it disclosed another security incident targeting its BitKeep Swap service that led to losses of about $1 million.