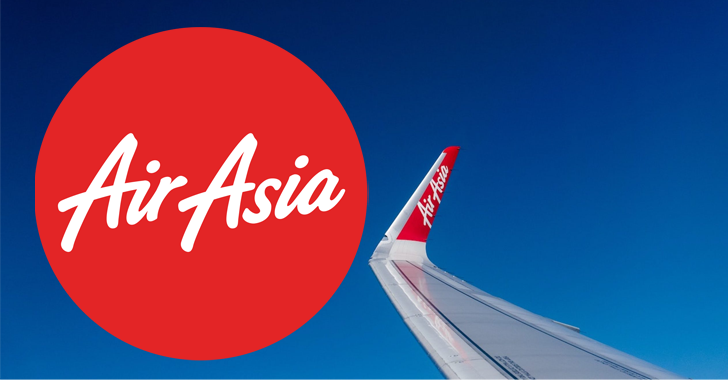 The development comes a little over a week after the company fell victim to a ransomware attack on November 11 and 12, per DataBreaches.net.

The threat actors allegedly claim to have obtained the personal data associated with five million unique passengers and all of its employees.

The samples uploaded to the leak site reveal passenger information and the booking IDs as well as personal data related to the company's staff. 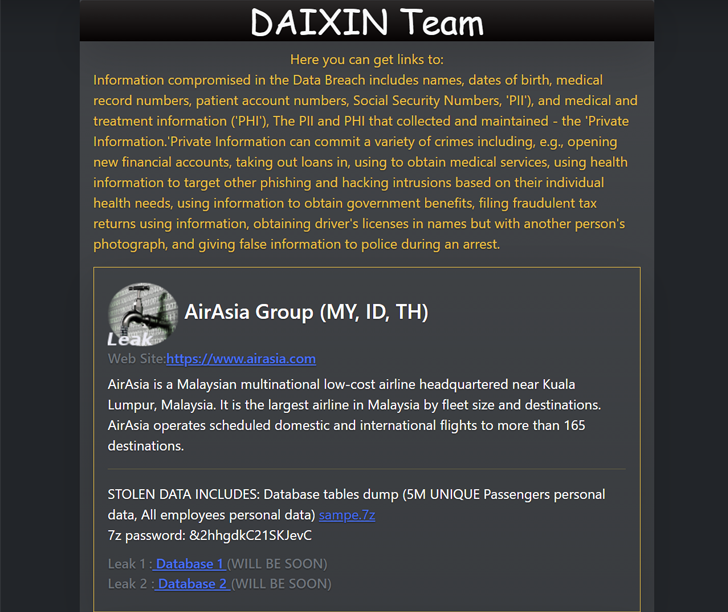 A spokesperson for the threat actor told DataBreaches.net that further attacks were not pursued owing to AirAsia's poor security measures and "the chaotic organization of the network."

It's a rare case of a threat actor stopping its attacks against a company as a result of bad security practices.

Daixin Team was recently the subject of an advisory from the U.S. cybersecurity and intelligence agencies, which warned of attacks mainly aimed at the healthcare sector.

The Hacker News has reached out to AirAsia for comment and we will update the story if we hear back.