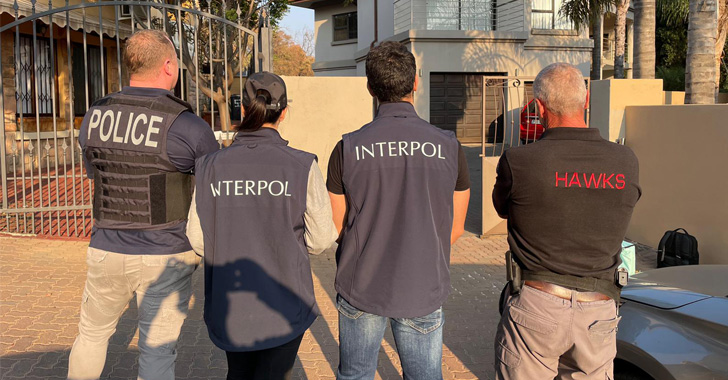 The International Criminal Police Organization, also called the Interpol, has announced the arrests of 75 individuals as part of a coordinated global operation against an organized cyber crime syndicate called Black Axe.

"'Black Axe' and other West African organized crime groups have developed transnational networks, defrauding victims of millions while channeling their profits into lavish lifestyles and other criminal activities, from drug trafficking to sexual exploitation," the agency said.

Black Axe, which originated as a confraternity in Nigeria around 1977 before evolving into a mafia group, has not only been linked to killing and scamming operations, but also has been accused of infiltrating the country's political system.

Two of the alleged online scammers, who were arrested late last month in South Africa, are believed to have orchestrated a variety of fraudulent schemes that netted them $1.8 million from victims.

The probe further led to 49 property searches, resulting in the seizure of 12,000 SIM cards and other luxury assets, including a residential property, three cars, and tens of thousands in cash. It also intercepted €1.2 million in the suspects' bank accounts.

In October 2021, eight members of the cartel were charged by the U.S. Justice Department for engaging in "widespread internet fraud involving romance scams and advance fee schemes" from at least 2011 through 2021.

"Illicit financial funds are the lifeblood of transnational organized crime, and we have witnessed how groups like Black Axe will channel money gained from online financial scams into other crime areas, such as drugs and human trafficking," Interpol's Stephen Kavanagh said.