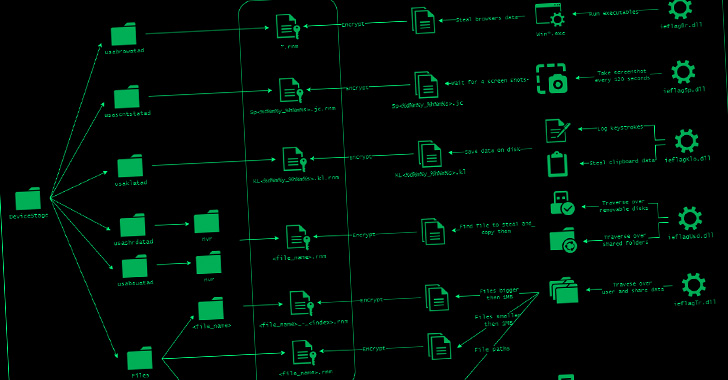 Also known as APT-C-35 and Viceroy Tiger, the Donot Team is known for setting its sights on defense, diplomatic, government, and military entities in India, Pakistan, Sri Lanka, and Bangladesh, among others at least since 2016.

Spear-phishing campaigns containing malicious Microsoft Office documents are the preferred delivery pathway for malware, followed by taking advantage of macros and other known vulnerabilities in the productivity software to launch the backdoor.

The latest findings from Morphisec build on a prior report from cybersecurity company ESET, which detailed the adversary's intrusions against military organizations based in South Asia using several versions of its yty malware framework, one of which is Jaca. 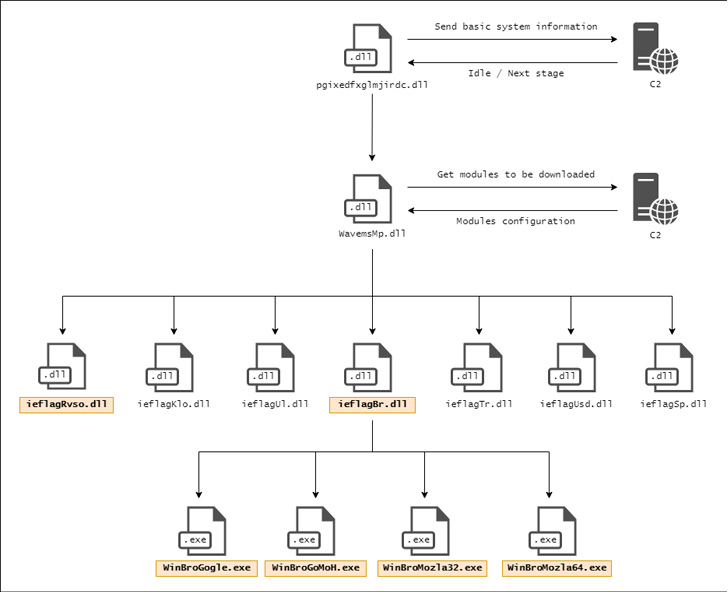 This entails the use of RTF documents that trick users into enabling macros, resulting in the execution of a piece of shellcode injected into memory that, in turn, is orchestrated to download a second-stage shellcode from its command-and-control (C2) server.

The second-stage then acts as a channel to retrieve a DLL file ("pgixedfxglmjirdc.dll") from another remote server, which kick-starts the actual infection by beaconing system information to the C2 server, establishing persistence via a Scheduled Task, and fetching the next-stage DLL ("WavemsMp.dll").

"The main purpose of this stage is to download and execute the modules used to steal the user's information," the researchers noted. "To understand which modules are used in the current infection, the malware communicates with another C2 server."

The C2 domain, for its part, is obtained by accessing an embedded link that points to a Google Drive document, allowing the malware to access a configuration that dictates the modules to be downloaded and executed.

These modules expand on the malware's features and harvest a wide range of data such as keystrokes, screenshots, files, and information stored in web browsers. Also part of the toolset is a reverse shell module that grants the actor remote access to the victim machine.

The development is yet another sign that threat actors are actively adapting their tactics and techniques that are most effective in gaining initial infection and maintaining remote access for extended periods of time.

"Defending against APTs like the Donot team requires a Defense-in-Depth strategy that uses multiple layers of security to ensure redundancy if any given layers are breached," the researchers said.