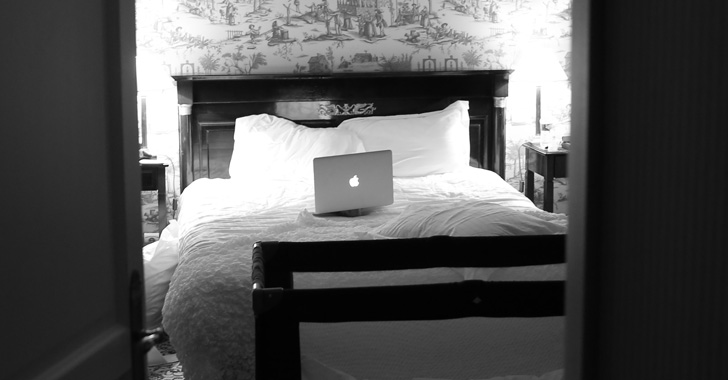 A financially motivated cybercrime group has been linked to an ongoing wave of attacks aimed at hospitality, hotel, and travel organizations in Latin America with the goal of installing malware on compromised systems.

Enterprise security firm Proofpoint, which is tracking the group under the name TA558 dating all the way back to April 2018, called it a "small crime threat actor."

"Since 2018, this group has used consistent tactics, techniques, and procedures to attempt to install a variety of malware including Loda RAT, Vjw0rm, and Revenge RAT," the company's threat research team said in a new report.

The group has been operational at a higher tempo in 2022 than usual, with intrusions mainly geared towards Portuguese and Spanish speakers in Latin America, and to a lesser extent in Western Europe and North America.

Phishing campaigns mounted by the group involve sending malicious spam messages with reservation-themed lures such as hotel bookings that contain weaponized documents or URLs in a bid to entice unwitting users into installing trojans capable of reconnaissance, data theft, and distribution of follow-on payloads.

The attacks have subtly evolved over the years: The ones spotted between 2018 and 2021 leveraged emails with Word documents that either contained VBA macros or exploits for flaws such as CVE-2017-11882 and CVE-2017-8570 to download and install a mixture of malware such as AsyncRAT, Loda RAT, Revenge RAT, and Vjw0rm. 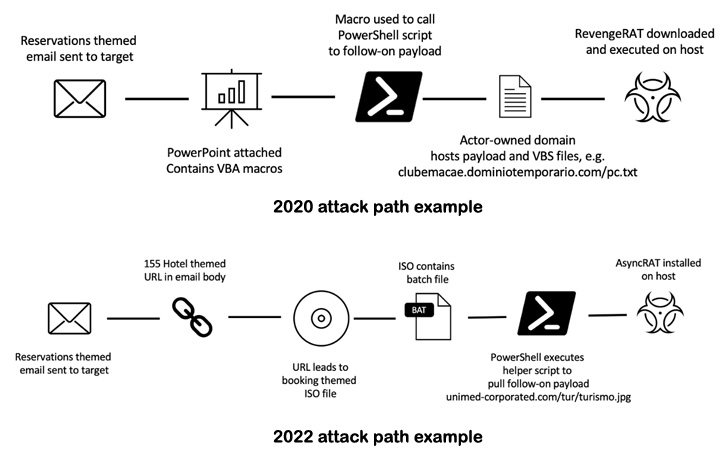 In recent months, however, TA558 has been observed pivoting away from macro-laden Microsoft Office attachments in favor of URLs and ISO files to achieve initial infection, a move likely in response to Microsoft's decision to block macros in files downloaded from the web by default.

Of the 51 campaigns carried out by the group so far this year, 27 of them are said to have incorporated URLs pointing to ISO files and ZIP archives, in comparison to just five campaigns altogether from 2018 through 2021.

Proofpoint further noted that the intrusions chronicled under TA558 are part of a broader set of malicious activities focusing on victims in the Latin American region. But in the absence of any post-compromise activity, it's suspected that TA558 is a financially motivated cybercriminal actor. 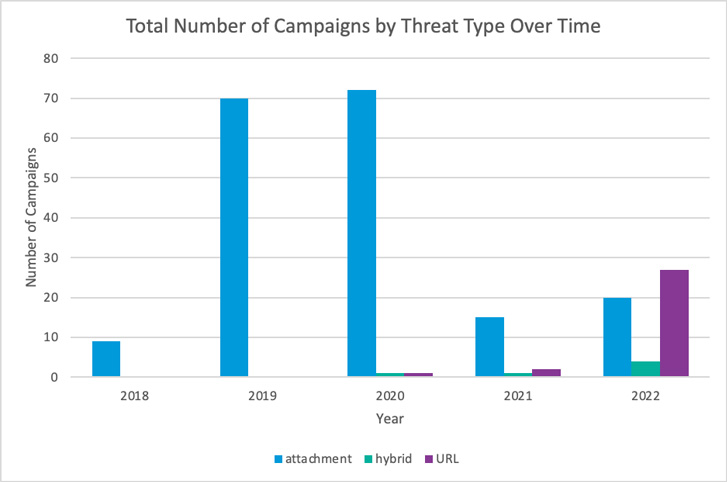 "The malware used by TA558 can steal data including hotel customer user and credit card data, allow lateral movement, and deliver follow-on payloads," the researchers said. "Activity conducted by this actor could lead to data theft of both corporate and customer data, as well as potential financial losses."