A widespread software supply chain attack has targeted the NPM package manager at least since December 2021 with rogue modules designed to steal data entered in forms by users on websites that include them.

The coordinated attack, dubbed IconBurst by ReversingLabs, involves no fewer than two dozen NPM packages that include obfuscated JavaScript, which comes with malicious code to harvest sensitive data from forms in embedded downstream mobile applications and websites.

"These clearly malicious attacks relied on typo-squatting, a technique in which attackers offer up packages via public repositories with names that are similar to — or common misspellings of — legitimate packages," security researcher Karlo Zanki said in a Tuesday report. "Attackers impersonated high-traffic NPM modules like umbrellajs and packages published by ionic.io."

The packages in question, most of which were published in the last months, have been collectively downloaded more than 27,000 times to date. Worse, a majority of the modules continue to be available for download from the repository. 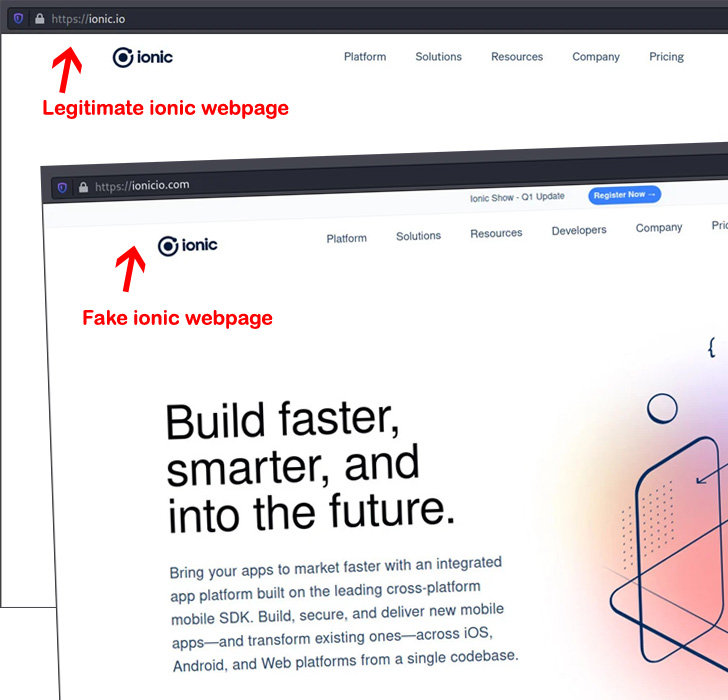 Some of the most download malicious modules are listed below -

In one instance observed by ReversingLabs, data exfiltrated by icon-package was routed to a domain named ionicio[.]com, a lookalike page engineered to resemble the legitimate ionic[.]io website.

But in a sign that the campaign is taking an aggressive approach to data harvesting, the malware authors were observed switching up their tactics in recent months to gather information from every form element on the web page.

The complete scale of the attack is yet to be ascertained as there is no way to determine the extent of data siphoned from compromised apps and websites. That said, the rogue packages are said to have been used in hundreds of applications.