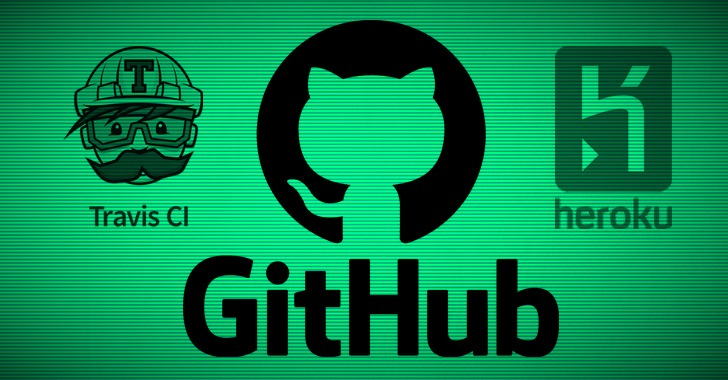 OAuth access tokens are often used by apps and services to authorize access to specific parts of a user's data and communicate with each other without having to share the actual credentials. It's one of the most common methods used to pass authorization from a single sign-on (SSO) service to another application.

As of April 15, 2022, the list of affected OAuth applications is as follows -

The OAuth tokens are not said to have been obtained via a breach of GitHub or its systems, the company said, as it doesn't store the tokens in their original, usable formats.

Additionally, GitHub warned that the threat actor may be analyzing the downloaded private repository contents from victim entities using these third-party OAuth apps to glean additional secrets that could then be leveraged to pivot to other parts of their infrastructure.

The Microsoft-owned platform noted it found early evidence of the attack campaign on April 12 when it encountered unauthorized access to its NPM production environment using a compromised AWS API key.

This AWS API key is believed to have been obtained by downloading a set of unspecified private NPM repositories using the stolen OAuth token from one of the two affected OAuth applications. GitHub said it has since revoked the access tokens associated with the affected apps.

"At this point, we assess that the attacker did not modify any packages or gain access to any user account data or credentials," the company said, adding it's still investigating to ascertain if the attacker viewed or downloaded private packages.

In a separate notification, Salesforce subsidiary Heroku confirmed the revocation of the access tokens, adding "until further notice, we will not issue OAuth tokens from the Heroku Dashboard" to "prevent unauthorized access to your GitHub repositories."

GitHub also said it's currently working to identify and notify all of the known-affected victim users and organizations that may be impacted as a result of this incident over the next 72 hours.