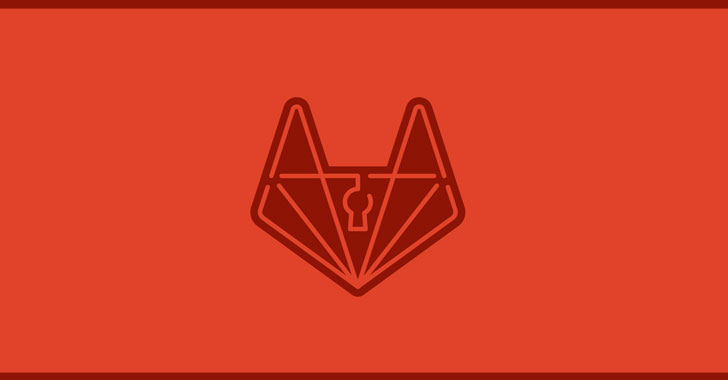 In one of the real-world attacks detailed by HN Security last month, two user accounts with admin privileges were registered on a publicly-accessible GitLab server belonging to an unnamed customer by exploiting the aforementioned flaw to upload a malicious payload "image," leading to remote execution of commands that granted the rogue accounts elevated permissions.

Attacks exploiting the vulnerability are said to have begun as early as June this year, coinciding with the public availability of proof-of-concept (PoC) code required to breach the servers. 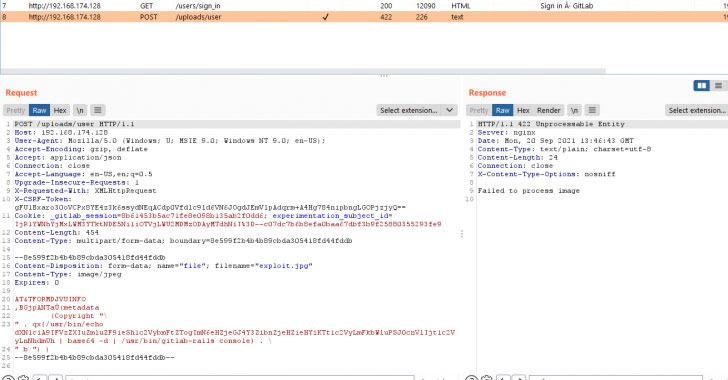 Although the flaw was initially deemed to be a case of authenticated RCE and assigned a CVSS score of 9.9, the severity rating was revised to 10.0 on September 21, 2021 owing to the fact that it can be triggered by unauthenticated threat actors as well.

"Despite the tiny move in CVSS score, a change from authenticated to unauthenticated has big implications for defenders," cybersecurity firm Rapid7 said in an alert published Monday.

Telemetry data gathered by the Boston-based company show that of the 60,000 internet-facing GitLab installations, only 21% of the instances are fully patched against the issue, with another 50% still vulnerable to RCE attacks regardless of the fact that the patches have been up for grabs for more than six months.

In the light of the unauthenticated nature of this vulnerability, exploitation activity is expected to increase, making it critical that GitLab users update to the latest version as soon as possible. "In addition, ideally, GitLab should not be an internet facing service," the researchers said. "If you need to access your GitLab from the internet, consider placing it behind a VPN."

Additional technical analysis related to the vulnerability can be accessed here.

Update: Threat actors are now actively exploiting the security flaw to co-opt unpatched GitLab servers into a botnet and launch distributed denial of service (DDoS) attacks, with some in excess of 1 terabits per second (Tbps), according to Google security reliability engineer Damian Menscher.