The Gap in Your Zero Trust Implementation 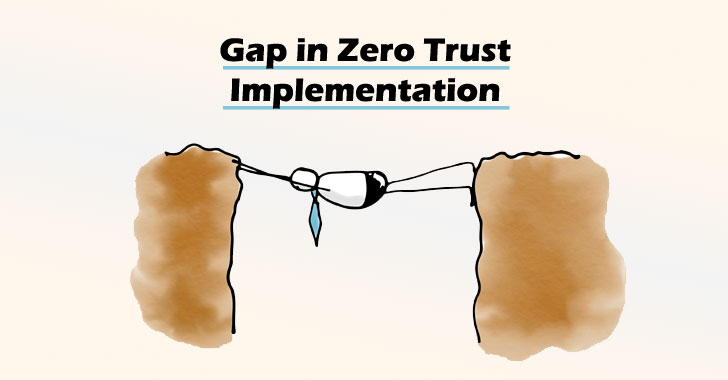 Over the last several years, there have been numerous high-profile security breaches. These breaches have underscored the fact that traditional cyber defenses have become woefully inadequate and that stronger defenses are needed. As such, many organizations have transitioned toward a zero trust security model.

A zero trust security model is based on the idea that no IT resource should be trusted implicitly. Prior to the introduction of zero trust security, a user who authenticated into a network was trustworthy for the duration of their session, as was the user's device.

In a zero trust model, a user is no longer considered to be trustworthy just because they entered a password at the beginning of their session. Instead, the user's identity is verified through multi-factor authentication, and the user may be prompted to re-authenticate if they attempt to access resources that are particularly sensitive or if the user attempts to do something out of the ordinary.

How Complicated is it to Implement Zero Trust Within Your Organization?

Zero trust security tends to be difficult to implement for several reasons. First, zero trust security often means operating in a vastly different manner than what IT and the organization's users are used to. For the IT department, this almost always means learning new skills and giving up certain privileges. For end-users, the transition to zero trust security may mean working in a far more restrictive environment.

What types of additional security does a zero trust model provide?

While it is sometimes tempting to think of the zero trust model as being user-centric, zero trust really means making sure that all actions can be validated and that no actions can be performed without the proper validation. Every zero trust implementation is different, but here are several attributes that are commonly included in zero trust:

Any examples where a zero trust model would have prevented a cyber-attack?

Most security breaches could conceivably have been stopped by a zero trust model. Consider, for example, the infamous data breach of retailer Target in 2013. The attackers gained access to Target's gateway by using stolen credentials and then exploited various weaknesses to gain access to the customer service database.

The zero trust principle of multi-factor authentication could have stopped stolen credentials from being used in the first place. Even if the attacker had managed to log in, however, implementing least privilege access successfully might have stopped the attacker from accessing the database or planting malware (which was also part of the attack). Additionally, security-oriented machine learning mechanisms might have been able to detect the unusual activity and put a halt to the attack.

What about trusting the IT staff?

If a user were to contact an organization's service desk for assistance with an issue such as a password reset, the technician would likely take steps to try to confirm the user's identity. This might involve asking the user a security question such as their employee ID number. The problem with this is that there are any number of ways that an attacker can source this information and use it to impersonate a legitimate user and obtain access to their account via a fake password reset.

The service desk agent can also pose a threat to the organization's security. After all, there is often nothing stopping the technician from simply resetting a user's password (without receiving a password reset request) and then using the reset password to gain access to the user's account.

Specops Secure Service Desk can help to eliminate these types of security risks, which is in keeping with zero trust security principles. For example, the helpdesk technician might verify the user's identity by sending a single-use code to the user's mobile device or by using a third-party authentication service such as Okta Verify, PingID, Duo Security, or Symantec VIP to verify the user's identity. At the same time, this tool can prohibit the technician from resetting the user's password unless the user has verified their identity, thus confirming that the user has requested the password reset as opposed to the technician going rogue.