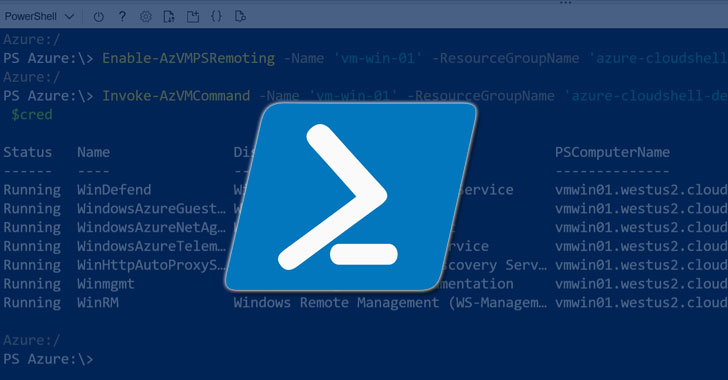 Built on the .NET Common Language Runtime (CLR), PowerShell is a cross-platform task automation utility that consists of a command-line shell, a scripting language, and a configuration management framework.

"A remote code execution vulnerability exists in .NET 5 and .NET Core due to how text encoding is performed," the company noted in an advisory published earlier this April, adding that the problem resides in the "System.Text.Encodings.Web" package, which provides types for encoding and escaping strings for use in JavaScript, HTML, and URLs.

CVE-2021-26701 was originally addressed by Microsoft as part of its Patch Tuesday update for February 2021. Given that there are no workarounds that mitigate the vulnerability, it's highly recommended to update to the latest versions.