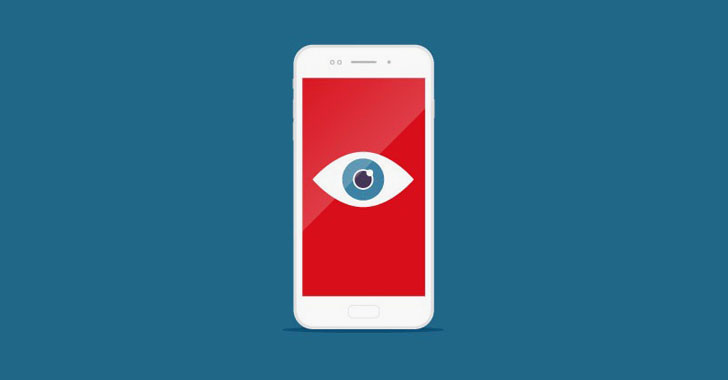 A total of 158 privacy and security issues have been identified in 58 Android stalkware apps from various vendors that could enable a malicious actor to take control of a victim's device, hijack a stalker's account, intercept data, achieve remote code execution, and even frame the victim by uploading fabricated evidence.

The new findings, which come from an analysis of 86 stalkerware apps for the Android platform undertaken by Slovak cybersecurity firm ESET, highlight the unintended consequences of a practice that's not only unethical but in the process could also expose private and intimate information of the victims and leave them at risk of cyberattacks and fraud.

"Since there could be a close relationship between stalker and victim, the stalker's private information could also be exposed," ESET researcher Lukas Stefanko said in a Monday write-up. "During our research, we identified that some stalkerware keeps information about the stalkers using the app and gathered their victims' data on a server, even after the stalkers requested the data's deletion."

To date, only six vendors have fixed the issues that were identified in their apps. 44 vendors chose not to acknowledge the disclosures, while seven others claimed they intend to address the flaws in an upcoming update. "One vendor decided not to fix the reported issues," Stefanko said.

Stalkerware, also called spouseware or spyware, refers to invasive software that enables individuals to remotely monitor the activities on another user's device without the individual's consent with the goal of facilitating intimate partner surveillance, harassment, abuse, stalking, and violence. 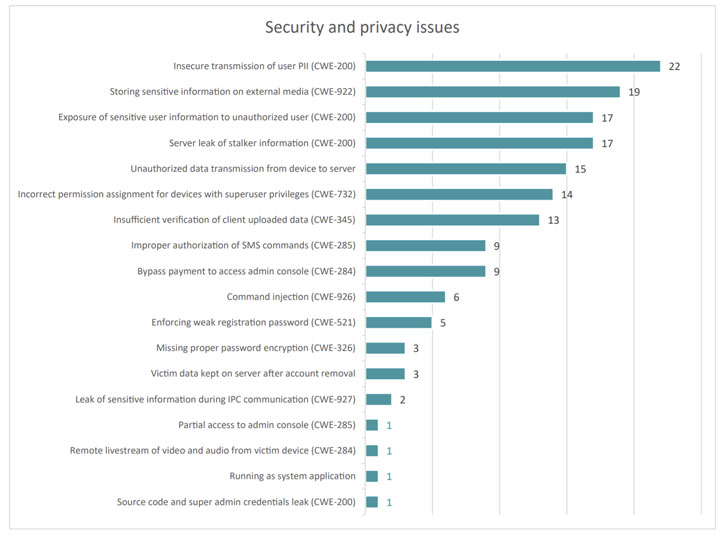 Based on telemetry data gathered by ESET, Android spyware detection surged by 48% in 2020 when compared to 2019, which witnessed a five-fold increase in stalkerware detections from 2018. Although Google put in place restrictions on advertising for spyware and surveillance technology, stalkerware providers have managed to slip past such defenses by masquerading as child, employee, or women safety apps. 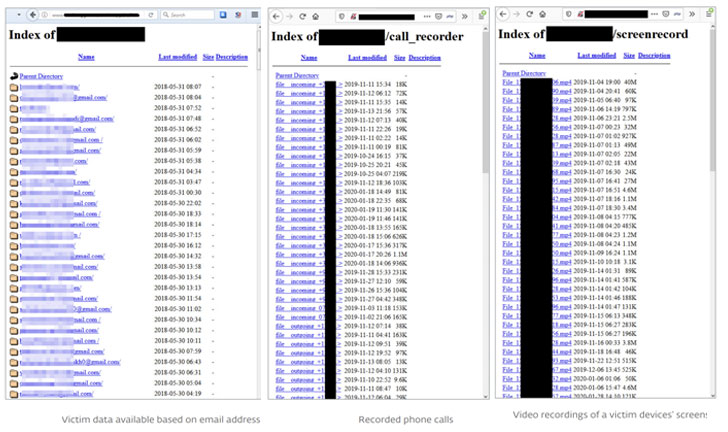 Among the most prevalent issues uncovered are as follows —

The last issue is also concerning in that it be exploited by an attacker to intercept and falsify data. "With appropriate permission, those identifiers can be easily extracted by other apps installed on a device and could then be used to upload fabricated text messages, photos and phone calls, and other fictitious data to the server, to frame victims or make their lives more difficult," Stefanko said.