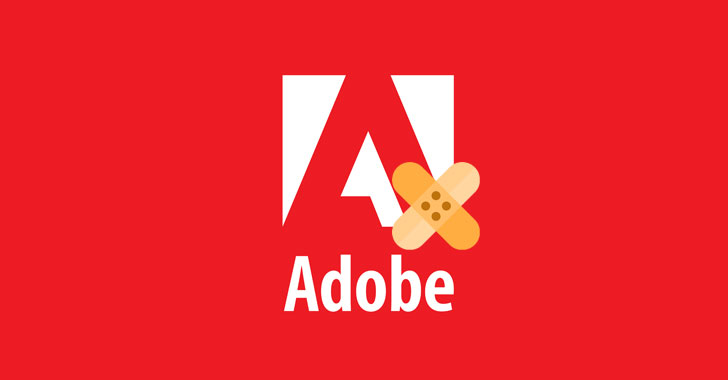 Adobe has released Patch Tuesday updates for the month of May with fixes for multiple vulnerabilities spanning 12 different products, including a zero-day flaw affecting Adobe Reader that's actively exploited in the wild.

In a security bulletin, the company acknowledged it received reports that the flaw "has been exploited in the wild in limited attacks targeting Adobe Reader users on Windows." Tracked as CVE-2021-28550, the zero-day concerns an arbitrary code execution flaw that could allow adversaries to execute virtually any command on target systems. 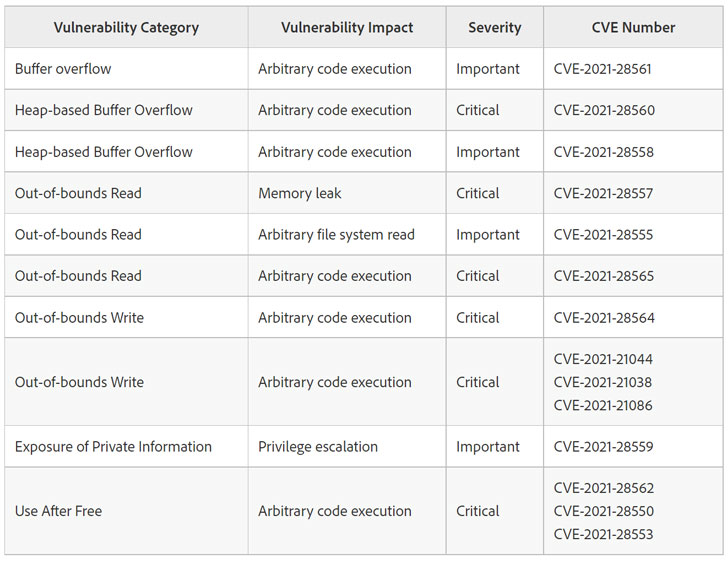 10 critical and four important vulnerabilities were addressed in Adobe Acrobat and Reader, followed by remediation for five critical flaws (CVE-2021-21101-CVE-2021-21105) in Adobe Illustrator that could lead to arbitrary code execution in the context of the current user. Adobe credited Kushal Arvind Shah of Fortinet's FortiGuard Labs with reporting three of the five vulnerabilities.

In all, a total of 43 security weaknesses have been resolved in Tuesday's update. Users are advised to update their software installations to the latest versions to mitigate the risk associated with the flaws.