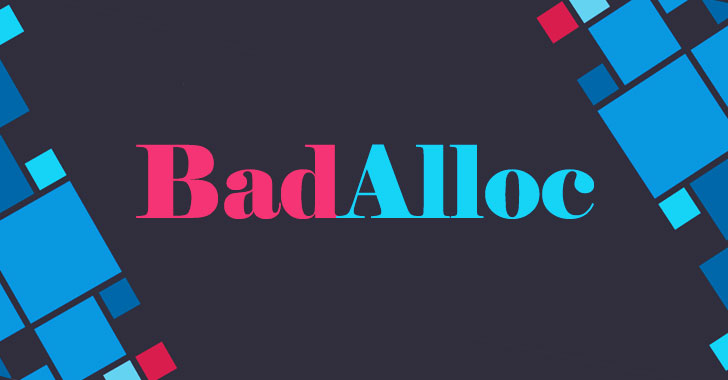 Microsoft researchers on Thursday disclosed two dozen vulnerabilities affecting a wide range of Internet of Things (IoT) and Operational Technology (OT) devices used in industrial, medical, and enterprise networks that could be abused by adversaries to execute arbitrary code and even cause critical systems to crash.

The flaws have been collectively named "BadAlloc," for they are rooted in standard memory allocation functions spanning widely used real-time operating systems (RTOS), embedded software development kits (SDKs), and C standard library (libc) implementations. A lack of proper input validations associated with these memory allocation functions could enable an adversary to perform a heap overflow, leading to the execution of malicious code on a vulnerable device.

"Successful exploitation of these vulnerabilities could result in unexpected behavior such as a crash or a remote code injection/execution," the U.S. Cybersecurity and Infrastructure Security Agency (CISA) said in an advisory. Neither Microsoft nor CISA have released details about the total number of devices affected by the software bugs.

The complete list of devices affected by BadAlloc are as follows -

Microsoft said it has found no evidence of these vulnerabilities being exploited to date, although the availability of the patches could allow a bad actor to use a technique called "patch diffing" to reverse engineer the fixes and leverage it to potentially weaponize vulnerable versions of the software.

To minimize the risk of exploitation of these vulnerabilities, CISA recommends organizations apply vendor updates as soon as possible, erect firewall barriers, and isolate system networks from business networks, and curtail exposure of control system devices to ensure they remain inaccessible from the internet.