[eBook] Why Autonomous XDR Is Going to Replace NGAV/EDR 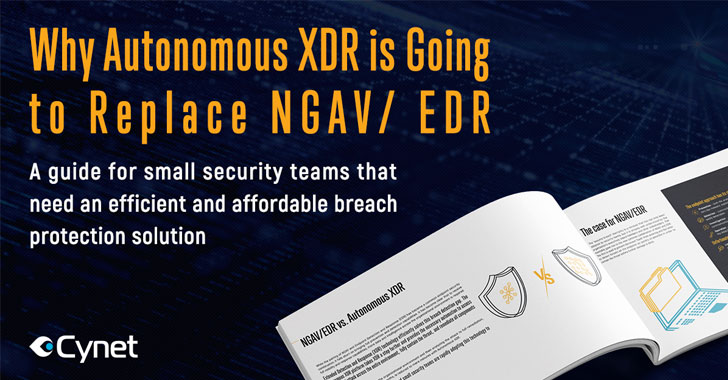 For most organizations today, endpoint protection is the primary security concern. This is not unreasonable – endpoints tend to be the weakest points in an environment – but it also misses the forest for the trees. As threat surfaces expand, security professionals are harder pressed to detect threats that target other parts of an environment and can easily miss a real vulnerability by focusing too hard on endpoints.

This is why pairing tools such as next-generation antivirus (NGAV) and endpoint detection and response (EDR) has become a popular, if flawed, choice. Fortunately, newer technologies and security methods offer much greater prevention and detection capabilities. This is the key argument of a new eBook (download here) offered by XDR provider Cynet.

The eBook, titled Why Autonomous XDR is Going to Replace NGAV/EDR, starts with a look at how NGAV and EDR tools can defend an organization with the "assume breach" mentality – expecting a breach to occur and protecting endpoints from extended breach incidents.

Aside from some important strengths, however, this combination has some serious limitations, such as blind spots, a lack of remediation capabilities, and the resources required to operate such a system.

This inevitably leads to adding more tools to close these gaps, which in turn creates a more complex stack that requires more people and resources to operate properly.

The result is that instead of better protection, adding so many more tools often results in worse security.

Instead, the eBook posits that autonomous extended detection and response (XDR) tools, which include endpoint security, can expand the protection scope to networks, user behaviors and add automated response capabilities.

Instead of focusing on a single endpoint (or even a cluster of endpoints), XDR platforms give organizations full visibility over their environments, letting them react much faster and effectively when a threat emerges.

Some of the reasons why XDR is a better solution include:

You can read more by downloading the whitepaper here.