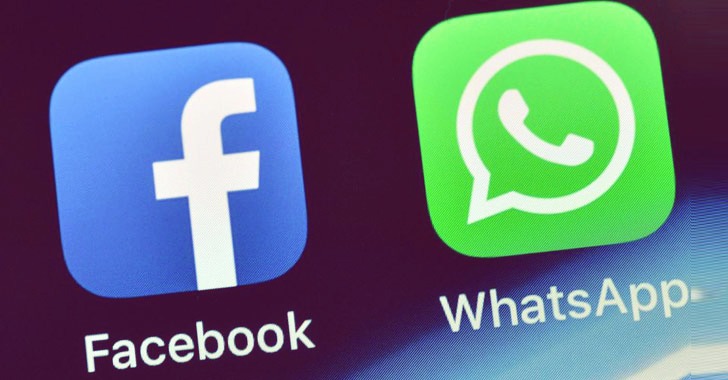 WhatsApp said on Friday that it wouldn't enforce its recently announced controversial data sharing policy update until May 15.

Originally set to go into effect next month on February 8, the three-month delay comes following "a lot of misinformation" about a revision to its privacy policy that allows WhatsApp to share data with Facebook, sparking widespread concerns about the exact kind of information that will be shared under the incoming terms.

The Facebook-owned company has since repeatedly clarified that the update does not expand its ability to share personal user chats or other profile information with Facebook and is instead simply providing further transparency about how user data is collected and shared when using the messaging app to interact with businesses.

"The update includes new options people will have to message a business on WhatsApp, and provides further transparency about how we collect and use data," WhatsApp said in a post.

"While not everyone shops with a business on WhatsApp today, we think that more people will choose to do so in the future and it's important people are aware of these services. This update does not expand our ability to share data with Facebook."

On January 6, WhatsApp began alerting its 2 billion users of a new privacy policy and terms as part of its broader efforts to integrate WhatsApp better with other Facebook products and amidst its plans to transform WhatsApp into a commerce and business services provider. 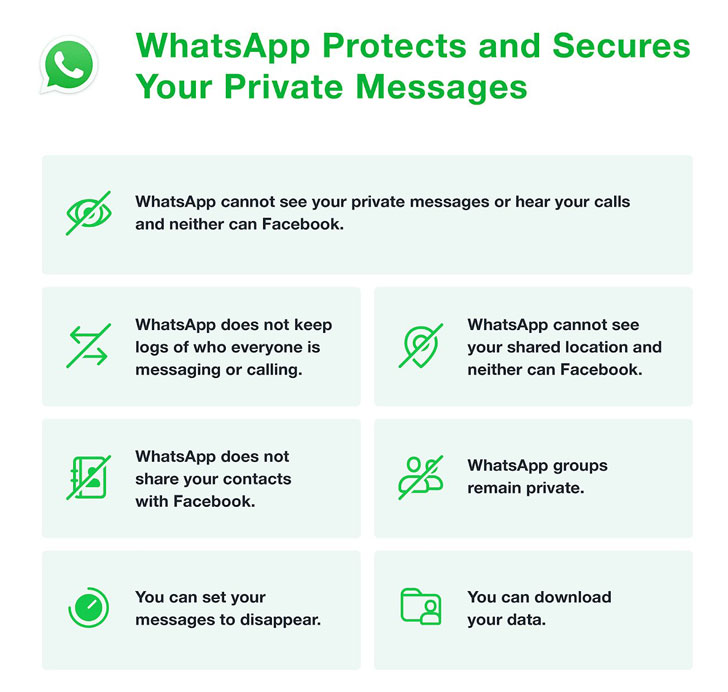 Under the proposed terms — which are about how businesses manage their chats on WhatsApp using Facebook's hosting services — WhatsApp would share additional data with Facebook such as phone number, service-related information, IP address, and transaction data for those who use the business chat feature.

The pop-up notification also gave users an ultimatum to accept the new policy by February 8 or risk losing their ability to use the app altogether.

The confusion surrounding the update, coupled with no other option to disagree beyond shutting down the account, has led to further scrutiny in India, Italy, and Turkey, not to mention an exodus of users to privacy-focused messaging competitors such as Signal and Telegram.

In the intervening days, Signal has become one of the most downloaded apps on Android and iOS, in part boosted by a tweet from Tesla CEO Elon Musk, who urged his followers to "Use Signal." Earlier this week, Telegram said that it surpassed the 500 million active user mark, gaining over 25 million new users worldwide in 72 hours.

It's worth noting that WhatsApp has in fact shared some user account information with Facebook since 2016, such as phone numbers, except for those who opted out of the sharing when it revamped the privacy policy that year and gave users a one-time ability not to have their account data turned over to Facebook.

WhatsApp, in a separate FAQ published this week, tried to set the record straight by stressing that it "cannot see your personal messages or hear your calls, and neither can Facebook," and that it does not share users' contacts and location information to its parent company.

With the company walking back some of its previous messaging, it remains to be seen if the extra time will help it tide over the controversy and "clear up the misinformation around how privacy and security works on WhatsApp."