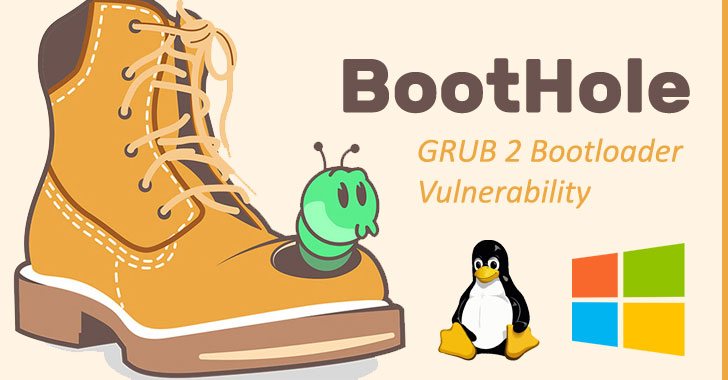 Dubbed 'BootHole' and tracked as CVE-2020-10713, the reported vulnerability resides in the GRUB2 bootloader, which, if exploited, could potentially let attackers bypass the Secure Boot feature and gain high-privileged persistent and stealthy access to the targeted systems.

Secure Boot is a security feature of the Unified Extensible Firmware Interface (UEFI) that uses a bootloader to load critical components, peripherals, and the operating system while ensuring that only cryptographically signed code executes during the boot process.

"One of the explicit design goals of Secure Boot is to prevent unauthorized code, even running with administrator privileges, from gaining additional privileges and pre-OS persistence by disabling Secure Boot or otherwise modifying the boot chain," the report explained.


Discovered by researchers from Eclypsium, BootHole is a buffer overflow vulnerability that affects all versions of GRUB2 and exists in the way it parses content from the config file, which typically is not signed like other files and executables—leaving an opportunity for attackers to break the hardware root of trust mechanism. 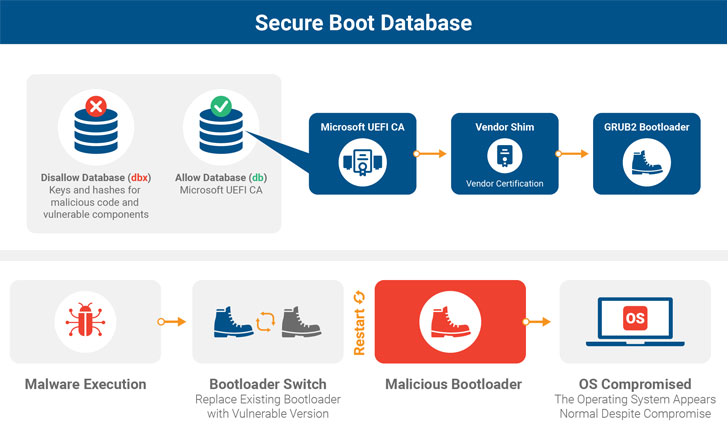 To be noted, the grub.cfg file is located in the EFI system partition, and thus, to modify the file, an attacker still needs an initial foothold on the targeted system with admin privileges that would eventually provide the attacker with an additional escalation of privilege and persistence on the device.

Though GRUB2 is the standard bootloader used by most Linux systems, it supports other operating systems, kernels, and hypervisors like XEN as well.

"The buffer overflow allows the attacker to gain arbitrary code execution within the UEFI execution environment, which could be used to run malware, alter the boot process, directly patch the OS kernel, or execute any number of other malicious actions," researchers said.

According to the detailed report researchers shared with The Hacker News, this vulnerability can lead to major consequences, and that's primarily because the attack allows hackers to execute malicious code even before the operating system boots, making it difficult for security software to detect the presence of malware or remove it. 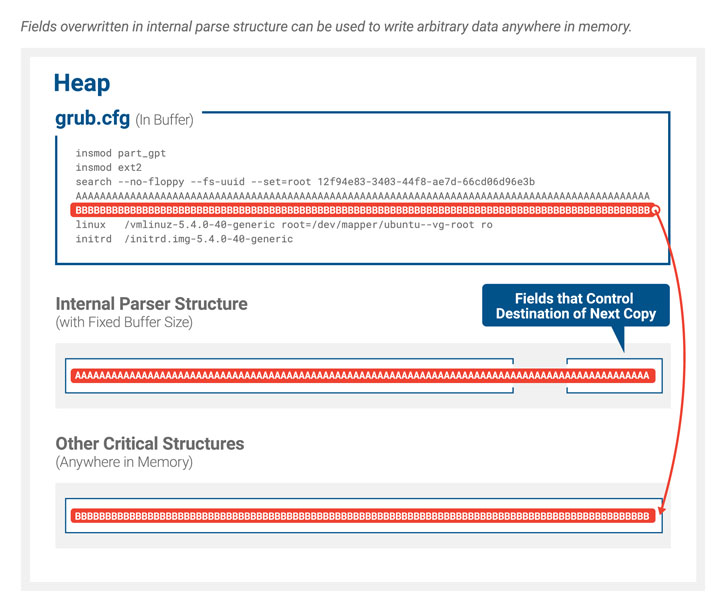 Besides this, the researcher also added that "the UEFI execution environment does not have Address Space Layout Randomization (ASLR) or Data Execution Prevention (DEP/NX) or other exploit mitigation technologies typically found in modern operating systems, so creating exploits for this kind of vulnerability is significantly easier."


Experts at Eclypsium have already contacted related industry entities, including OS vendors and computer manufacturers, to help them patch the issue.

However, it doesn't appear to be an easy task to patch the issue altogether.

Just installing patches with updated GRUB2 bootloader would not resolve the issue, because attackers can still replace the device's existing bootloader with the vulnerable version.

According to Eclypsium, even "mitigation will require new bootloaders to be signed and deployed, and vulnerable bootloaders should be revoked to prevent adversaries from using older, vulnerable versions in an attack."

So, the affected vendors would need first to release the new versions of their bootloader shims to be signed by the Microsoft 3rd Party UEFI CA.

Eventually, the UEFI revocation list (dbx) then also needs to be updated in the firmware of each affected system to prevent running this vulnerable code during boot.

This multi-stage mitigation process will likely take years for organizations to complete patching.

"However, full deployment of this revocation process will likely be very slow. UEFI-related updates have had a history of making devices unusable, and vendors will need to be very cautious. If the revocation list (dbx) is updated before a given Linux bootloader and shim are updated, then the operating system will not load," researchers warned.

In an advisory released today, Microsoft acknowledged the issue, informing that it's "working to complete validation and compatibility testing of a required Windows Update that addresses this vulnerability."

It also recommended users to apply security patches as soon as they are rolled out in the coming weeks.

Besides Microsoft, many popular Linux distributions have also released related advisories explaining the flaw, possible mitigations, and timeline on the upcoming security patches.