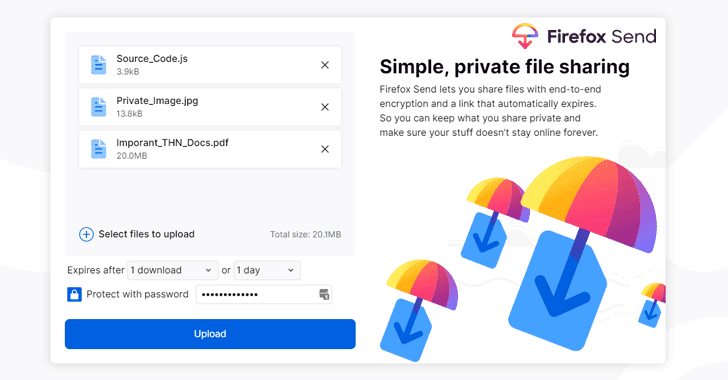 Mozilla has made it easy for you to share large files securely and privately with whomever you want, eliminating the need to depend upon less secure free third-party services or file upload tools that burn a hole in your pocket.

Mozilla has finally launched its free, end-to-end encrypted file-transfer service, called Firefox Send, to the public, allowing users to securely share large files like video, audio or photo files that can be too big to fit into an email attachment.

Firefox Send was initially rolled out by Mozilla to test users way back in August 2017 as part of the company's now-defunct "Test Pilot" experimental program.

Firefox Send allows you to send files up to 1GB in size, but if you sign up for a free Firefox account, you can upload files as large as 2.5GB in size.

The service uses a browser-based encryption technology that encrypts your files before uploading them to the Mozilla server, which can only be decrypted by the recipients.

Unlike popular file storage and sharing services like Dropbox, Google Drive, Microsoft OneDrive and Box, Firefox Send is not available as desktop software or internally integrated with other products, i.e., Firefox, from its parent company.
It's just an online website where you can quickly upload a file → protect it with a password (optional) and set an expiration period → use any medium to share the link it generates with whomever the sender wants.

The recipients can then simply download the file just by visiting the shared URL regardless of whether they have a Firefox account or not.

Here are the key features of Firefox Send:


"We know there are several cloud sharing solutions out there, but as a continuation of our mission to bring you more private and safer choices, you can trust that your information is safe with Send," Nick Nguyen, Mozilla's Vice President of Firefox Product, said in a blog post.

"As with all Firefox apps and services, Send is Private By Design, meaning all of your files are protected, and we stand by our mission to handle your data privately and securely." 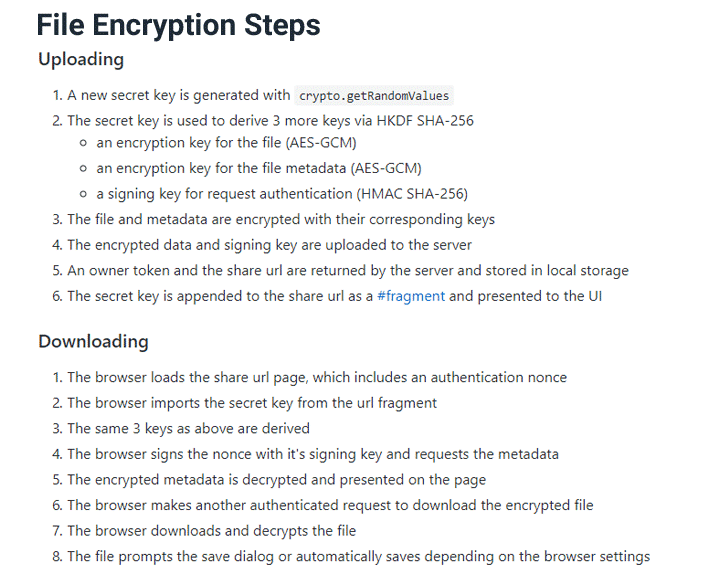 Unlike other popular file storage services like Dropbox and Google Drive, Firefox Send does not have any paid option for users, which means you can not buy extra space.

Firefox Send has launched on the web at send.firefox.com, which you can bookmark to avoid manually entering the address in your web browser every time you want to send files using the service. The service works with any browser.

Besides its online portal, Mozilla is also launching a Send Android app in beta later this week, allowing users to share large files with their friends, colleagues, or anybody else using their mobile devices.

If you want to take a peek under the hood, you can head over to the GitHub page of the new Firefox Send service.