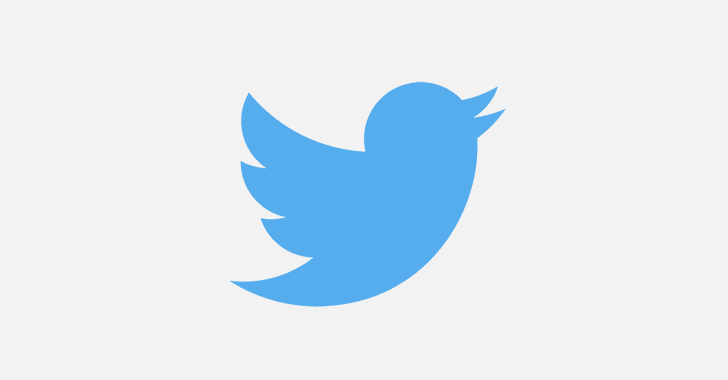 Twitter is urging all of its 330 million users to change their passwords after a software glitch unintentionally exposed its users' passwords by storing them in readable text on its internal computer system.

The social media network disclosed the issue in an official blog post and a series of tweets from Twitter Support.

According to Twitter CTO Parag Agrawal, Twitter hashes passwords using a popular function known as bcrypt, which replaces an actual password with a random set of numbers and letters and then stored it in its systems.

This allows the company to validate users' credentials without revealing their actual passwords, while also masking them in a way that not even Twitter employees can see them. 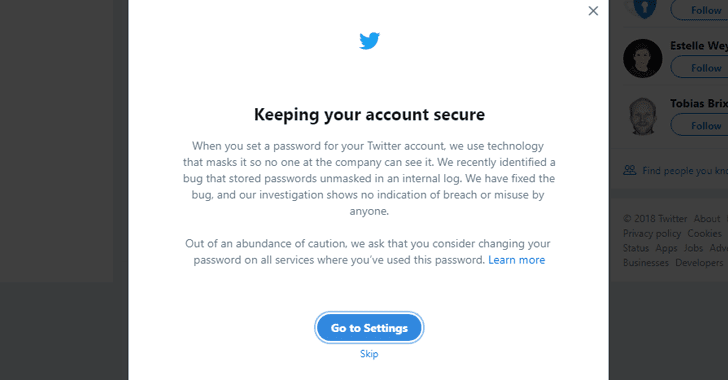 However, a software bug resulted in passwords being written to an internal log before completing the hashing process—meaning that the passwords were left exposed on the company's internal system.

Parag said Twitter had found and resolved the problem itself, and an internal investigation had found no indication of breach or passwords being stolen or misused by insiders.

"We found this error ourselves, removed the passwords, and are implementing plans to prevent this bug from happening again," Parag said.

"We are very sorry this happened. We recognize and appreciate the trust you place in us, and are committed to earning that trust every day."

Still, the company urged all of its 363 Million users to consider changing their passwords to be on a safer side.

You should also change the password on all other services where you have used the same password.

You are also advised to enable two-factor authentication service on Twitter, which adds an extra layer of security to your account and help prevent your account from being hijacked.