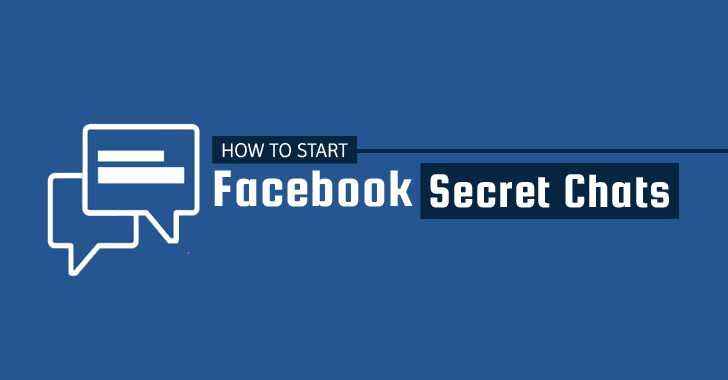 If you are looking for ways to start a secret conversation on Facebook Messenger with your friends, then you are at the right place.

Your online privacy is under threat not only from online marketers and hackers but also from governments. Just yesterday, it was revealed that Yahoo secretly built hacking tool to scan all of its customers' incoming emails for US intelligence officials.

So, to hide your personal life online from prying eyes, you need end-to-end encryption that allows you to send and receive messages in a way that no one, including the feds with a warrant, hackers and not even the company itself, can intercept or read them.

Though unlike WhatsApp, Facebook Messenger offers end-to-end encrypted chat feature as opt-in, just like Google's Allo smart chat application that provides encrypted chat only if users opt for it.

Here's How to get Started with Secret Conversations: 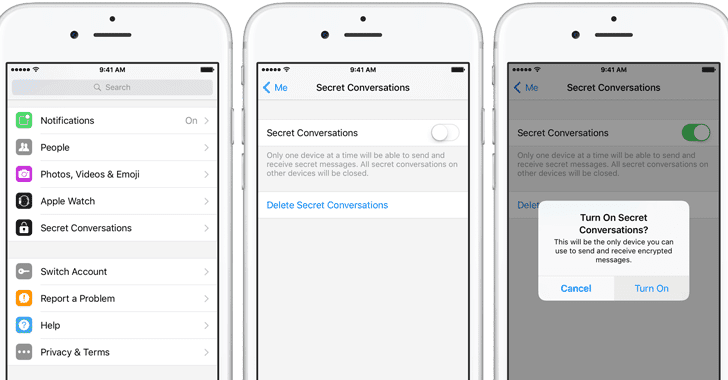 Now, all your chats with your selected friend will be end-to-end encrypted that nobody can read or intercept.

This end-to-end encrypted Secret Conversations feature also include self-destructive messages that automatically deleted once the timer set by you get expired.

Messengers Secret Conversations feature is based on the Signal protocol — the same encryption protocol developed by Open Whisper Systems and used by Google's Allo and Facebook-owned Whatsapp.

Here's one thing to note is that you will not be able to send animated GIFs, share videos, or make money transfers in secret conversations, as these features are not supported.

Facebook rolled out Secret Conversations a few months back in July, but yesterday made it available for all of its Messenger users.


However, end-to-end encryption doesn't mean that your tracks are completely clear from spying agencies. It's because Facebook still records and stores metadata on your calls and messages that could reveal some of your personal information including dates and durations of communication, and the participants' phone numbers.

On demand of law enforcement, this data is handed over to the government whenever needed.

Apple's iMessage app is the most recent example of the event, where it was revealed that the company stores a lot of information about its end-to-end encrypted iMessage, which could reveal your contacts and location, and even shares this data with law enforcement via court orders.

So, if you are more privacy conscious, I'll recommend the open source Signal app which is widely considered the most secure of all other end-to-end encrypted messaging apps because it stores minimum information about its users.

When Open Whisper Systems, who created Signal, received a subpoena earlier this year for details on two of its users, it was able to provide just the dates and times of accounts creation and when they last connected to Signal's servers.