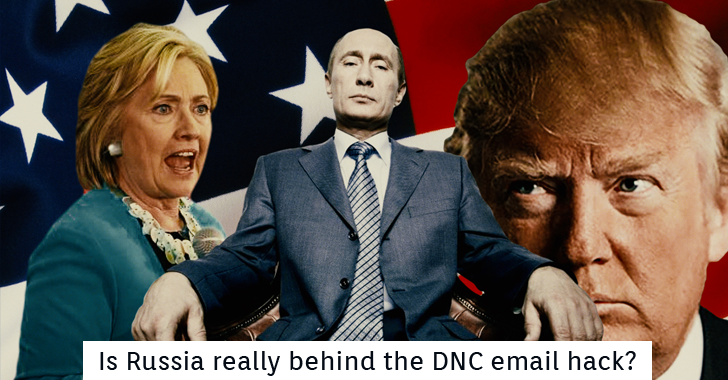 On Friday, just three days prior to the start of the party's national convention, WikiLeaks released almost 20,000 e-mails with more than 8,000 stolen from the US Democratic National Committee (DNC) following a cyber attack in June.

Many of the leaked emails indicted that the top DNC officials were actively working against the campaign of Sen. Bernie Sanders and strongly favoring Hillary Clinton over Sanders during the primaries, when they were supposed to be neutral.

The controversy ruined the start of the DNC's national convention in Philadelphia and forced the Wasserman Schultz to resign.

The leak, from January 2015 to May 2016, is believed to be an attempt by the Russian government to influence the presidential election, some U.S. lawmakers and cybersecurity experts say.

The leak features DNC staffers debating on things like dealing with challenging media requests and coordinating the party's message with other powerful interests in Washington.

The emails were leaked from seven DNC officials' accounts. One email shows how DNC staffers attempted to reference Bernie Sanders' faith in an effort to weaken him in the eyes of Southern voters.

Another represents an attorney advising DNC on how to defend Clinton against Sanders campaign's accusation of not living up to a joint fundraising agreement.


From the beginning of the DNC hack, it has been speculated that the breach of the committee's systems exposed in June was the work of Russian intelligence.

Multiple security firms, including CrowdStrike, Mandiant (part of FireEye) and Fidelis, have conducted a forensic analysis of the DNC's systems and found strong evidence linking to "the Russian government's powerful and highly capable intelligence services."

The Clinton Campaign Manager Robby Mook has also argued that Russian intelligence officials are trying to ensure that Republican Donald Trump, who has had an interesting relationship with Vladimir Putin, wins the White House.

"There have been larger forces at work to hurt Hillary Clinton," Mook said. "They [the emails] are being released at this time to create maximum damage to Hillary Clinton to help Donald Trump."


Although Trump has always praised Putin, Clinton has tried to tie Trump to the Russian leader throughout her campaign.

"He praises dictators like Vladimir Putin and picks fights with our friends," Clinton said last month. "Putin will eat your lunch," she once said. Moreover, if Trump were elected President, it would be like "Christmas in the Kremlin," she said.


The FBI is Investigating the DNC Hack


The Federal Bureau of Investigation is now investigating the DNC breach and is working "to determine the nature and scope of the matter."

"A compromise of this nature is something we take very seriously, and the FBI will continue to investigate and hold accountable those who pose a threat in cyberspace," the FBI said on Monday.


Edward Snowden on the DNC Hack


The NSA whistleblower Edward Snowden, currently residing in Russia, has also blasted his host country for its alleged DNC hack.

Despite a staunch supporter of Sen. Bernie Sanders, Snowden condemned the DNC email leaks but pointed NSA's secret data analysis program Xkeyscore that can be used to easily determine the location from which the organization is hacked.

"Even if the attackers try to obfuscate origin, #XKEYSCORE makes following exfiltrated data easy. I did this personally against Chinese ops," Snowden tweeted. Though, he criticized the NSA for not sharing information.