How to Use Apple's iMessage on Android Phone 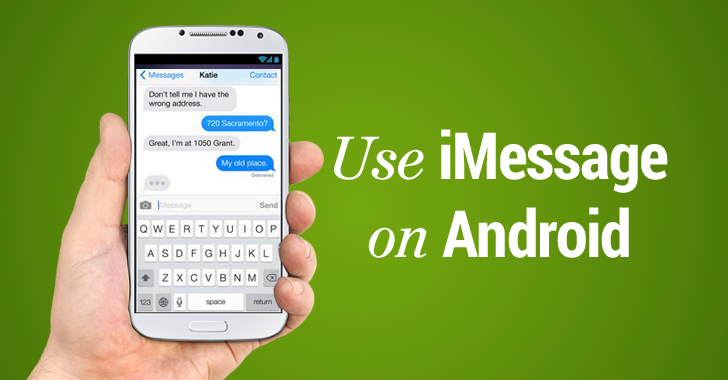 If you wish to send iMessages from your Android smartphone to a friend who owns an iPhone, it's possible now, at least for those who own MacBooks and iMacs.

A developer has come up with a smart solution to bring Apple's iPhone messaging platform to Android phones. Though the solution is not practical for most people, technical people and nerds can use it to send end-to-end encrypted iMessages.

The solution is a smart hack, but the best part is: PieMessage totally works.

Developed by Eric Chee, PieMessage needs an OS X client as a server to route messages to an Android device, enabling iMessage support on Android devices. So, it's the Mac that handles the entire workload.


"Basically, what the Android client does is send the text to a MacBook," Chee said. "And uses the Mac's Messages app to send off the notification. When the Mac detects an incoming message, it will pass it back to the Android. So yes, there is both software you need to run on a Mac and Android. I have an old 2007 MacBook that is just always on connected at home that serves as its client…"

Chee has also presented a proof-of-concept video demonstration that shows the PieMessage app in work.
He also released the PieMessage code open source on GitHub.

There are some limitations to PieMessage:


You can reply to one-to-one messages from your Android device but currently can't send group messages; instead you can just receive them.

Also, you can not send images and can not see when someone is typing — though the author plans to add more functionality in future updates.

Since Apple could block this type of functionality in the future due to security risks to its platform, there are other good alternatives for sending and receiving end-to-end encrypted messages, like WhatsApp and Facebook Messenger, with cross-platform support.