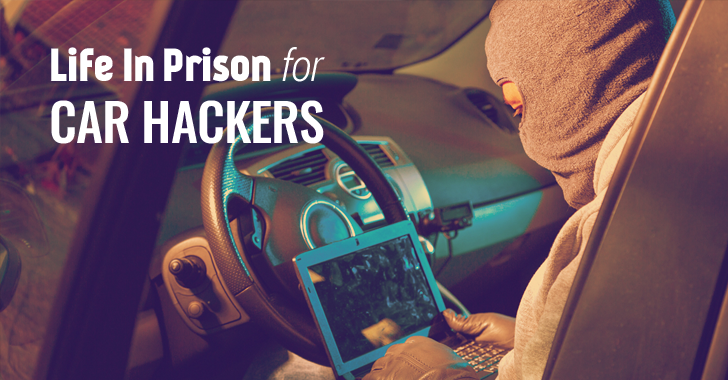 Yes, you heard it right.

You can now end up your whole life behind bars if you intentionally hack into a vehicle's electronic system or exploit its internal flaws.

Car Hacking is a hot topic. Today, many automobiles companies are offering cars that run mostly on the drive-by-wire system, which means the majority of functions are electronically controlled, from instrument cluster to steering, brakes, and accelerator.

No doubt these auto-control electronic systems improve your driving experience, but at the same time also increase the risk of getting hacked.


Keeping these risks in mind, the Michigan state Senate has proposed two bills which, if passed into law, will introduce life sentences in prison for people who hack into cars' electronic systems.

These are the first of several legislations on car hacking that the Michigan Senate is taking up, according to reports by Automotive News.


If it becomes law, the bills will be a felony for a person to "intentionally access or cause access to be made to an electronic system of a motor vehicle to willfully destroy, impair, damage, alter or gain unauthorized control of the motor vehicle."

The move comes over a month after the Federal Bureau of Investigation issued a public service announcement to warn people about the dangers of car hacking.

Though the proposed bills are an attempt to shorten the risks of digital attacks on connected vehicles, it could discourage security researchers and white hat hackers from finding potentially critical vulnerabilities in vehicle systems.

The proposal, Senate Bills 927 and 928, has been sent to the Senate's judiciary committee. Sen. Mike Kowall, the prime sponsor of the bills, said that the idea here is to be proactive on the car hacking issues and "try to keep up with technology," instead of waiting for something bad to happen.


"I hope that we never have to use it," Kowall said. "That is why the penalties are what they are. The potential for severe injury and death are pretty high."

The recall of 1.4 million Fiat Chrysler car models in 2015 proved that car hacking is real and worse than any major hacking theft targeting banks or financial institution, because:

The money could be recovered, but not the Lives.