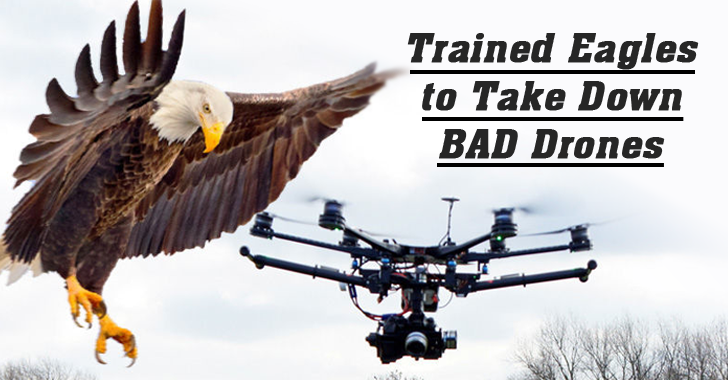 You may have seen number of viral entertainment videos on the Internet, titled:

Hawk attacks Drone!
Angry Bird takes down Quadcopter,
and the best one…

...showing eagles, not-so-natural predators, attacking and bringing down drones when someone with a camera tries to invade their private airspace.

The Dutch National Police force is training eagles to take down rogue drones, instead of shooting them, using radio jammers, net-wielding interceptor drones or anti-drone rifle.

If dogs can be trained, so can eagles. Keeping this in mind, it is the first time any police authority has trained eagles to safely bring down bad quadcopters in emergency cases.

Dutch police reportedly collaborated with a raptor training company called 'Guard From Above', to train eagles to recognise drones and then snatch it with its talons.

Check it out in action:

The Police are hoping to get these trained-eagles into their force within next few months.